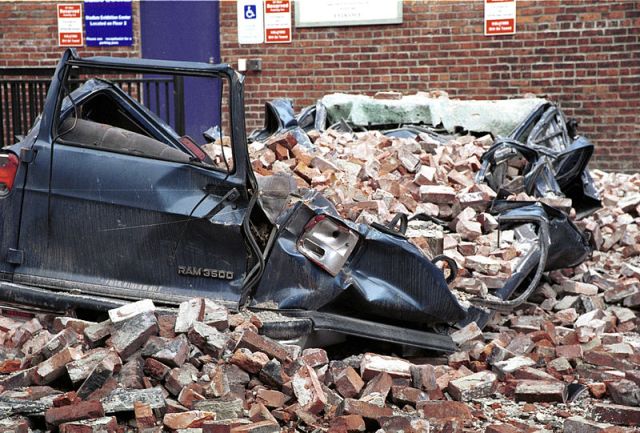 The move comes months after Constantine launched the Resilient King County Initiative, a two-year plan to improve community safety that is considered to be one of the first of its kind in the nation.

"We are better able to respond to disasters when we have a coordinated approach, follow the same protocols, and are able to eliminate unnecessary bureaucracy," he said. "This approach clears the path for emergency responders to share resources across boundaries."

Much of the effort was launched last September, starting with a Disaster Recovery Leadership Summit held at the Microsoft campus in Redmond.

That gathering identified a handful of key “themes” – including a sense of urgency in drawing up better disaster plans, a “need for synchronization,” and the ability to “come back better.”

Attendees at that event dug into specific needs regarding community infrastructure, the healthcare sector, the economy and housing. A majority at the leadership meeting identified utilities and transportation as the most important areas where emergency planning – including built-in cooperation and interdependency – should be prioritized.

The new Regional Coordination Framework for Disasters and Planned Events “clears the legal pathway to allow cooperation among governments and tribal nations, as well as private and non-profit organizations,” Constantine said in a statement.

Elected leaders and city managers were on hand for the announcement in Bellevue, joined by federal, tribal, state and local emergency management professionals.

Originally adopted in 2002 as the Regional Disaster Plan, the current agreement has 145 signatories including cities, special purpose districts, private organizations, and non-profit agencies in KingCounty.

As with the current plan, the new framework is voluntary, meaning its use during an emergency is up to each organization.

The plan was drawn up by the King County Regional Disaster Planning Work Group, made up of emergency professionals and stakeholders drawn from throughout the region.

"The new framework is a streamlined format that promotes cooperation and effective response on the ground," said Planning Work Group chair Luke Meyers. "It's flexible and can be used by organizations of almost any size."

The framework's success relies upon widespread endorsement of cities, organizations, and businesses throughout KingCounty. Interested organizations can join at any time.

"I urge every jurisdiction and organization with a role to play during an emergency in KingCounty to adopt this new framework," Constantine said.

For more information on the Regional Coordination Framework for Disasters and Planned Events, visit www.kingcounty.gov/prepare.