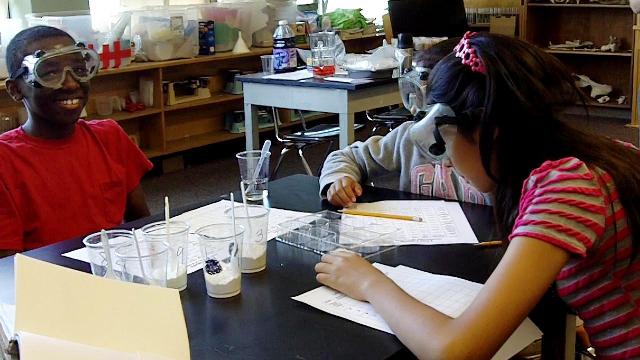 Keynote speaker at the sold-out event was British education expert Sir Ken Robinson, renowned for his TEDx talks about creativity and educational systems around the world.

The Skanner News spoke with Robinson about Garfield High School’s Common Core protests, the possible upcoming teachers strike in Portland and how every community has the power to improve their schools.

The Skanner News: Your TED talk about how schools kill creativity is considered a classic. In the reader comments on www.Ted.com, people started arguing about math as if math in itself is not creative. I know people who feel that math is an art. What do you think is creativity in education?

Sir Ken Robinson: There are two ways of defining it: the quick way, which is applied imagination -- it's putting your imagination to work. Another way to put it is, the process of having original ideas that have value.

There are a lot of misconceptions about creativity, people think it's just all about freefalling, but actually it's a very rigorous process in many disciplines.

And you're quite right I never anywhere said that creativity doesn't apply to math. On the contrary you can be creative at absolutely anything at all including math, science, chemistry. Similarly, creative people work in the sciences.

TSN: So it's not what you're teaching, it's how you’re teaching it.

Robinson: That's right. It's about realizing that creativity is the heartbeat of human culture. We see it everywhere, in the design of our buildings and the clothes we wear, the languages we speak.

My point is that it's a bit like literacy in the sense that most of us, with very few exceptions, are born with the aptitude to read and write -- but not everybody can, and the reason for that is because they haven't learned how to do it.

TSN: Your message is very simple, but here in Portland we are so up in arms about our education system that we are on the verge of our first teachers’ strike in history. How should people take your message and make it a reality?

Robinson: I do know about the teacher strike. I don't know about all the details of it but I was watching the news last night and I was seeing that some of the students are planning to come out and support the teachers.

I think there's a deeper issue in all of this, apart from the different particulars of this current dispute. There is absolutely no possibility of producing of world-class education system by undervaluing teachers – it just can't happen.

It’s like if I wanted to have a world-class health system and world-class hospitals without paying attention to the cost of the doctors you get and the professional development support that you give them.

Teaching isn't just some service role making sure our kids are prepared to take a test. Teaching is an art form. It’s not only a question of knowing your discipline, but it's knowing how people learn, how to energize them, how to engage their interest. Everybody I know can look back at some teachers in their lives who turned them on, inspired them, motivated them to show talents they didn't even know they had. Equally we can think of teachers who turned us off at the same time.

And it always distresses me -- it's happening in the UK just now by the way -- teachers are very discommoded by national policies which really set out exactly which teacher should do, to control them. It can be very demoralizing. I'm not saying that's what's happened here in Portland of course but I'm saying if Oregon wants to improve the quality of the education system, it won't happen without investing in teachers. Whatever the outcomes of this short-term dispute are that has to be a long-term priority.

TSN:  In Washington state, GarfieldHigh School students last year walked out it to call attention to how many school resources are going to the Common Core standardized tests; the protests have taken off across the country. Do you think that young people have a sense of what they need and they are trying to find way to articulate that?

Robinson: I do. Education is about people. It's the inevitable, inescapable fact of the matter. We forget that education is dealing with living people with feelings and motivations and interests and actual lives. If you treat people as data points, if you treat them as test fodder, if you treat them as instruments for raising the overall test ratings of the state -- then don't be surprised they get demoralized and disillusioned by it.

And I think it's simply improper for people in charge of education to treat them as if they're simply there for some sort of competitive system. Some of the great systems around the world are not promoting this sort of competitive system. One of the most successful globally is in Finland, where students collaborate, schools collaborate, teachers collaborate -- they have very little testing of the sort that we have in America. And they have a very broad curriculum, it's not impoverished with the arts stripped out and humanities courses, they don't strip out recess, they don't strip out physical education.

But if you don't give them the tools and conditions on the circumstances and the discretion and the responsibility, you will hobble the process you think you're trying to promote.

TSN: What is the most important thing that you think our Pacific Northwest communities should know about schools and what we should be doing to take more ownership of our schools and turn them into the institutions we want to be?

My point is that you can change the system and in fact it is changing anyhow. Everyone is invested in this process–and there is room in your education system for change.

So don't wait for somebody else to do it, is my advice.

But the thing is you have to diagnose the problem properly. If you start by thinking that the problem is we have to raise test scores in math and English because that's what the whole thing is about, it will set you on a certain track.

But if you also take into account that that process is alienating kids, it's increasing non-graduation rates, it's adding to the achievement gap, it's exacerbating poverty problems -- then you start shifting position. It's not all about schools, it's a much bigger cultural process. It's hard to alleviate the achievement gap when we have an economic system that is actually widening the position of those who have a lot of resources and those who have very little.

The problems of education are part of the broader social issue. It comes down in the end to what sort of country that people want to live in, I think.

For more on Robinson’s work go to www.Ted.com or www.sirkenrobinson.com.