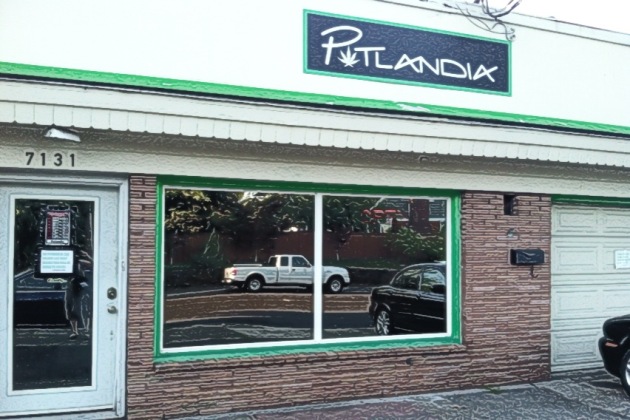 A state Senate committee hearing Tuesday focused on whether Oregon communities should be allowed to ban medical marijuana dispensaries.

Advocates of the proposal said communities should have the right to decide for themselves, and opponents said local bans would be unfair to patients who need marijuana to alleviate their ailments.

"I think time is what some of these city councils need to really examine this further," Sam Chapman, a consultant who helped write the state's dispensary law, told the Senate Judiciary Committee. "This is a large issue on their plate."

The Legislature last year approved legislation allowing medical marijuana stores, but a number of communities don't want the facilities and want the right to keep them from opening.

Chapman said he's been working with the Beaverton City Council to help its members better understand the dispensary law and what authority they have regarding the facilities.

Rob Bovett, legal counsel for the Association of Oregon Counties, called the Oregon medical marijuana system the "most unregulated program" in the country and said that while some communities are willing to accept the dispensaries, others have a "wait and see" mentality. They believe they already have the authority to regulate or prohibit the dispensaries in their areas, he said, but the bill seeks to clarify that authority and "avoid needless litigation" fighting for that belief in court.

But Sen. Arnie Roblan, D-Coos Bay, likened the dispensaries to pharmacies and said banning them would be the same as keeping people from getting needed medication.

Speaking in support of the bill, SB 1531, Tualatin Mayor Lou Ogden said that "mass access" to the drug is a greater threat than people having to go out of their way to have their prescriptions filled.

In addition to improving access to marijuana for legitimate patients, the dispensary law passed by the Legislature last year is also intended to keep marijuana grown for medical purposes from ending up on the black market.

Beginning March 3, medical marijuana facilities registered with the Oregon Health Authority will be allowed to store marijuana and dispense it to Oregonians with medical marijuana cards or their caregivers. OHA rules require the marijuana to be tested for safety and set requirements for employee background checks, security systems and inspections at the facilities.

Under the law, dispensaries are not permitted within 1,000 feet of schools. At Tuesday's hearing, the Senate Judiciary Committee also took a look at proposed amendments to SB 1531 that would extend that to preschools. The amendments would also require medical marijuana products to be in child-resistant packaging and would prohibit products made or packaged in a way that would be attractive to children.

The committee also heard testimony on a second bill, SB 1556, which would put the question to voters about whether to legalize marijuana for adult recreational use.