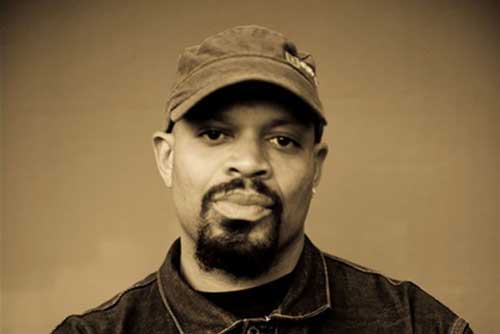 Of The Skanner News

After a year of leadership upheavals, KBOO Community Radio in Portland has hired two respected community organizers as co-station managers of the 45-year-old institution.

Mic Crenshaw is a conscious hip-hop recording artist, educator, writer and community activist; Monica Beemer is the former executive director of Sisters of the Road, a local nonprofit group that operates a café for low-income communities and organizes locally for affordable housing and nonviolence.

“KBOO is an incredible community resource and I want to use my time there to elevate and increase the community’s investment,” Crenshaw told The Skanner News this week. In a post to social media over the weekend, hiring committee chair Matt Bristow was jubilant in making the announcement:

“I am very happy and thankful to have served as chair of a successful hiring team at KBOO Community Radio, where I work as a member of the board of directors,” Bristow wrote. “At our recent monthly meeting the full board unanimously approved the hire of Monica Beemer (well-known/loved from Sisters Of The Road) and Michael Mic Crenshaw (literally the most respected hip-hop artist/activist in town) as the new radio station co-managers! They are two of the most amazing people in Portland (and the planet), and a perfect fit for the job. Check 'em out!”

Bristow also announced that the Federal Communications Commission has approved the station’s operating license for the next seven years.

Beemer, who left Sisters of the Road’s chief position after helping the staff create a collective management structure last year, is also co-chair of the U.S. Assembly to End Poverty; a former member of the National Coordinating Council of the Poor Peoples’ Economic Human Rights Campaign; and a founding board members of the Western Regional Advocacy Project.

She has been honored for her work by the Red Cross’ Red Dress Society.
The spate of good news is a noteworthy development for the little station, where bad press and infighting on the board of directors led to an identity crisis last year and the resignation of an interim station manager.

Crenshaw has for many years been active in anti-poverty and anti-racism community activism. He recently partnered with Dead Prez on a new recording, “Superheroes,” described as “a classic tribute to everyday people.”

Crenshaw will be presenting at ConcordiaUniversity’s TedX conference next May on The Power of Words. He also participates with the Afrikan Hip Hop Caravan and plans a trip to that continent later this year.

“I think that the co-leadership arrangement is going to be ideal for KBOO,” Bristow said on Facebook yesterday. “Monica has a lot of experience co-directing at Sisters. Mic & Monica have been working well together for many years.”

For more information on KBOO Community Radio go to www.kboo.fm.