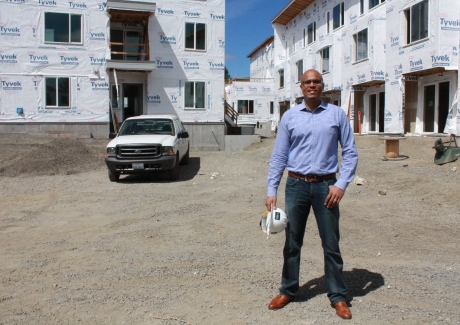 The project aims to bring a Trader Joe’s grocery store as the anchor tenant, as well as other yet-to-be-decided features.

Andrew Colas, who also is president of the National Association of Minority Contractors in Oregon, says for years he has dreamed of building on Martin Luther King Jr. Blvd.

California-based developer Majestic Realty Inc. chose Colas Construction as the contractor for the project. Majestic and the Portland Development Commission have taken fire over the deal. Anti-gentrification activists have criticized the plan, saying the city sold the land to Majestic at a giveaway price, and that a new grocery store won’t help long-time neighborhood residents.

Colas said he spoke to the new owners as soon as he heard about the development plan.

“People in our community need good-paying jobs. Us being the contractor on that job: it’s going to happen”