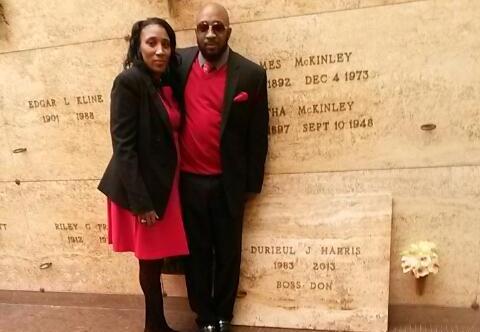 Ronisha Harris has a message for girls.

"Aim high," she says. "Don't let obstacles get in your way. Whatever your heart sets out to do, just do it."

With this goal Harris and the Respect Project are sponsoring,"Dare to be Inspired," an event that will honor successful Black women in Portland.

Multnomah County Commissioner Loretta Smith is an honored guest, along with her challenger in this year's election: advocate and community organizer Teressa Raiford.

"Dare to be Inspired" will run from 5 p.m. to 7:30 p.m. Saturday Feb. 1, at the Billy Webb Elks Lodge 6 North Tillamook Street, Portland. It will include dinner, networking and inspirational talks from the honorees. Tickets are available at Terrell Brandon’s Barbershop on Northeast Alberta St., or call 503-412-9113.

Also on the honor roll are: Antoinette Edwards, director of Portland's Office of Youth Violence Prevention; Quinneisha Hall, a 25 year-old who runs her own beauty supply store; and Deena Pierott,recently recognized by the Obama administration for her work with the IUrban teen program. Vocalist Valerie Pearce will sing.

"We need to inspire young women --all women--Black, White, and especially women of color in our community to do better," said Harris, who is pictured above with her brother, Royal Harris.

"I felt if we could reach the younger people and plant a seed in them before they are grown, we can inspire them to succeed in life and to have big dreams, and achieve them. We can inspire them with the importance of going to school, of going to college and doing the right thing. We can tell them, ‘If you have a dream, follow it.’ So I chose these women who are influential in our community."

Harris started the Respect Project in 2008 because she believes that if girls learn to respect and value themselves when they're young, they will be empowered to work for success in school, career, and relationships.

Proceeds will support The Respect Project and an education fund for children of parents killed in street violence.

Violence prevention is an issue close to Harris's heart. She's lost a cousin and other family members to street violence in the past. She didn’t expect to suffer another tragedy this year. But Harris’s younger brother Duriel Harris, who was helping her as she planned this event, was shot Nov. 9 after an argument at the Fontainebleau nightclub, on N.E. Broadway. Police have yet to arrest the shooter in the case.

Saturday will be Duriel’s birthday, Harris says, but she decided to go forward knowing her brother  would want that. “He was funny and smart,” she said. “Education was very important to him. He was going to go to community college to study business.”