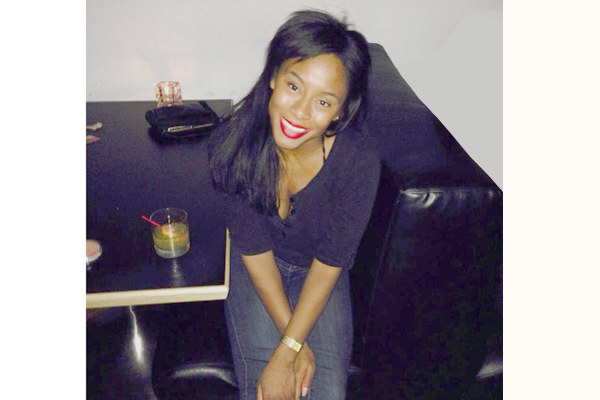 The family of a young woman assaulted at an OldTown 'micro-bar' has put up a $2,750 reward for information leading to the arrest and conviction of her attacker.

Krystal Guinn, 25, was punched in the face early in the morning of Jan. 5 at the Black Book after turning down the advances of a young man who was sexually harassing her, her family says, and could lose the range of vision in her right eye.

The attacker is described as a black male between 21 and 27 years old, slight to medium build; 5’6”-5’8”tall, medium/ dark complexion skin, little or no facial hair; wearing a snap-back Oakland A's hat, and a plaid shirt, either green or red in color, with jeans and white athletic shoes.

Portland Police are investigating and asking for tipsters to send info to crimetips@portlandoregon.gov.

The Guinn family has also put out numerous appeals, and Krystal’s father, Chris Guinn III, has put out his cell phone number in the hopes someone will call or text him with clues, that number is 503-703-4462.

Black Book owner Peter Webb did not return calls for comment this week.

Krystal has had major eye surgery since the incident (and she may require more), which happened days before the start of her last term at PortlandStateUniversity and she has been unable to work.

Still recovering from her latest surgery, her family was waiting for the latest word from her doctor on Friday.

“She’s afraid, she can’t work, she had to quit school,” said her father this week. “She couldn’t start her last term in college because this happened right before she was about to go back – which caused her to lose her health insurance as well, because she had her medical insurance through school.

“So it’s been a domino effect of things in her life and we just need to find the person who did this, so he can be brought to justice,” Guinn said.

As Krystal’s father, a local real estate agent with deep roots in North and Northeast Portland, describes what happened to her at Black Book that night, his voice shakes with emotion.

“There was this guy in there who was harassing her, sexually at first, putting his hands on her and grabbing her trying to get her to dance. She wasn’t responding to him in that fashion and told him to go away. He kept on; basically she got tired of it.

“They were all filtering out of the club, he’s grabbing on her butt, trying to keep it going. She turned around, had enough of that, pushed him off of her – get-the-you-know-what away from me. I guess a drink spilled on him, something happened, and he punches her in the eye.”

Krystal’s family took her to the hospital, where she received stitches to her badly swollen eye.

“He detached her retina, shattered her contact lens that she wears because when she was a baby she was born with congenital cataracts,” Guinn says. “He dislodged one of the cataracts in her eye as well, so this is turning into a situation where she may or may not gain full sight in that eye again, even though she already needed a lens there just to see.”

“She really can’t do anything on her own right now, she’s mentally scarred, fragile right now,” he said.

Guinn says Krystal’s doctor gives her about a 20 percent chance to regain full sight in her eye. “With her contacts she was 20/20, they said the best she could probably get is 20/200, which is no quality of sight in that eye.

“At this point we just don’t know.”