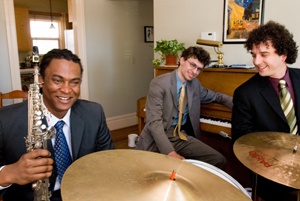 Members of the jazz quartet Devin Phillips and New Orleans Straight Ahead jam at pianist Andrew Oliver's house on Monday, May 7, before heading out to teach middle school students the basic elements of jazz. Pictured from left to right is Devin Phillips on sax, Oliver on piano and Mark DiFlorio on drums. Bassist Eric Gruber is not pictured here. The band will tour Africa or Asia next fall as part of the American jazz ambassadors program started by Dizzy Gillespie in the mid-1950s. 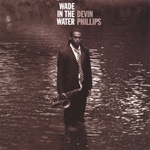