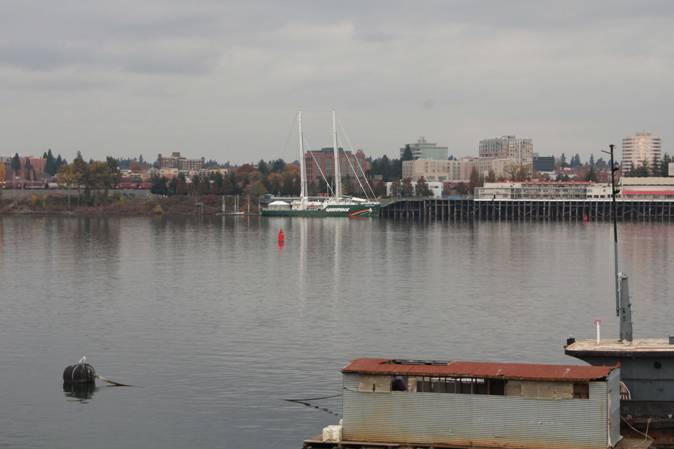 VANCOUVER, Wash. (AP) — A Clark County judge gave a partial victory to the Port of Vancouver in a lawsuit over a proposed oil terminal.

The decision means the lease — worth at least $45 million over 10 years — has been approved. The judge's ruling could be appealed, but the environmental impact study will go forward.

At the same time, Gregerson said there's a "public benefit" in allowing Columbia Riverkeeper, the Sierra Club and Northwest Environmental Defense Center to pursue their separate complaint that the port violated the state Open Public Meetings Act by holding an illegal secret meeting to discuss the lease.

Tesoro Corp. and Savage Cos. want to build a $110 million oil terminal capable of handling as much as 380,000 barrels of crude per day, a proposal that's attracted strong public opposition.

Outside the courtroom Friday, Brett VandenHeuvel, executive director of Columbia Riverkeeper, said the decision was a victory, allowing the groups to gather facts, including what port commissioners discussed during a July 22 executive session.

VandenHeuvel declined to comment on whether the groups would appeal Gregerson's decision involving the state environmental law.

"We are pleased with the result of the judge's ruling," port Executive Director Todd Coleman said in a news release. "We look forward to continuing our efforts to create a prosperous Clark County in a responsible and sustainable manner. The port will continue to work collaboratively with the environmental community and other stakeholders as the Tesoro-Savage project is reviewed" by the state Energy Facility Site Evaluation Council and Gov. Jay Inslee.

Tesoro and Savage submitted their permit application for the oil terminal on Aug. 29 to the state Energy Facility Site Evaluation Council. The council will eventually make a recommendation to Inslee, who has the final say over whether the oil terminal gets built.