Spotlight Falls on the Minimum Wage as Way to Tackle Poverty 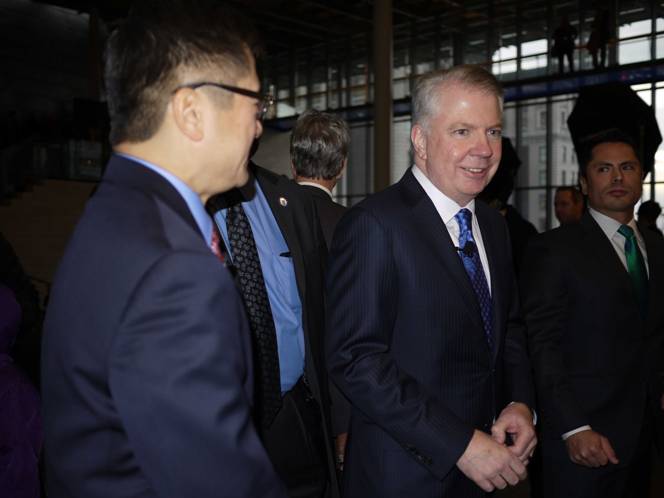 Calls to raise the minimum wage are escalating, as low-waged workers across the country protest the plight of families struggling to make ends meet... even when adults are working full time.

Washington now has the highest state minimum wage in the county, at $9.32 an hour. At $9.10 an hour from Jan. 1, Oregon's is the second-highest. Both are among 21 states, whose minimum wage is higher than the federal minimum of $7.25 an hour.

Senior Obama administration officials say that even the highest minimum wages in the country are too low.

“Nobody who works a full-time job should be living in poverty,” Labor Secretary Tom Perez told host Gwen Ifill  on PBS Newshour Jan. 6.  “And there are so many people who are.

“And that is why the president and I, and so many others on a bipartisan basis, so strongly support an increase in the minimum wage," Perez said. "But that's not enough either. We do so much at the Department of Labor, for instance, to invest in skills, so that people have the tools necessary to compete for today and tomorrow's jobs and have those ladders of opportunity to the middle class.”

Fast-food workers across the country have been at the forefront of the campaign to demand substantial increases to the minimum wage. Staging one-day strikes in some of America’s largest cities, the workers have been calling for a wage floor of $15 an hour. Their slogan?

Many economists agree. Last year, a study for the Washington DC-based think tank The Economic Policy Institute suggested a single parent with two children would need to earn $24 an hour to live comfortably.

Voters in SeaTac, Washington passed an initiative for a $15 an hour minimum, but opponents are challenging the new law. A judge ruled Dec. 27 that the law did not apply to workers at Seattle-Tacoma International airport because it is owned by the Port of Seattle.

However, newly elected Seattle Mayor Ed Murray (pictured here at his swearing-in to office) has convened a task force to study raising the city’s minimum wage to $15 an hour. And one of his first acts as mayor was to sign an executive order that sets $15 as the minimum wage for city employees.

Jason Gettel, a policy analyst with the Oregon Center for Public Policy, said this year’s increase means a full-time minimum wage worker in Oregon will take home an extra $312 in 2014.

Yet the center’s figures show the hike is not even enough to lift working families above the federal poverty level.  In Oregon it would take a minimum wage of $9.55 to lift a family of three with one parent working full-time, out of poverty in 2014, the center estimates.

“While the uptick in Oregon’s minimum wage is welcome, it still leaves too many working families unable to meet basic needs,” Gettel said. “An even higher wage floor would be good for workers and our state.”

Gettel cautions that the federal poverty level is an outdated standard, based on food prices, that doesn’t mean families have enough to pay for rent, childcare, transportation and bills, never mind save for college or retirement.

According to Gettel, without action from voters or the Legislature, Oregon’s minimum wage could be stuck below $10 an hour until 2018.

“Unless inflation rises more rapidly than expected, it will be about five years before we hit $10 per hour,” he said.

Other places with minimum wage hikes in the works include:

Economist and former labor Secretary Robert Reich calls that idea “baloney.”  States with higher minimums don’t have higher unemployment, he says in a YouTube video on the subject. Reich said the kinds of jobs we’re talking about tend to be personal service jobs, and those can’t be outsourced.

So what are the strongest arguments against raising minimum wages?  Some opponents argue that the Earned Income Tax Credit is a far better bulwark against child poverty because it is targeted to the families who most need help.

Others calculate that the number of minimum wage workers is too small for a raise to help the economy.

Reich, now an economics professor at Berkley, starred in a documentary about inequality released last year. "Inequality For All" argued that wealth has become increasingly concentrated in the hands of the few, gutting the middle class, and hurting the economy overall. It was just one of many efforts by progressives to put economic justice at the center of American politics.

President Obama too has announced he plans to focus on economic fairness for the remainder of his presidency. Boosting the minimum wage is good for families, increases social mobility and helps power up the economy, he said in a speech Dec. 4.

“We know that there are airport workers, and fast-food workers, and nurse assistants,and retail salespeople who work their tails off and are still living at or barely above poverty,” he said. “And that’s why it’s well past the time to raise a minimum wage that in real terms right now is below where it was when Harry Truman was in office.”