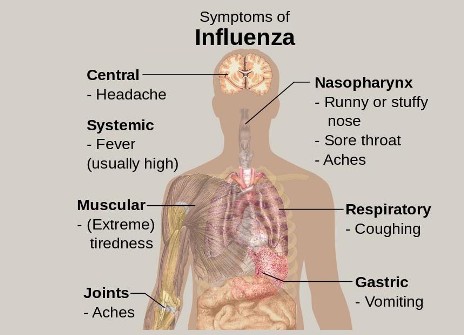 Some 16 people in Oregon and Washington are thought to have died from the H1N1 flu so far this season, and health officials say almost everyone should get a flu shot to avoid the worst effects.

While many people remember the vaccine shortage of 2009, which caused higher infection rates as states struggled to obtain the necessary number of doses, this season there is no shortage.

In fact, the number of young people who are being hospitalized and even dying – in Bothell, WA., the virus claimed the life of a healthy 30-year-old woman, and a young boy in Oregon who had already been vaccinated – has health officials urging  younger people to get a flu shot.

"Flu seasons are notoriously unpredictable. How many people get sick and how many people get severely ill depends on how many people are vaccinated or have pre-existing immunity, the general health of the population (individuals with underlying health conditions are more likely to have flu complications), and how good of a match the vaccine is for circulating strains in a given year,” she said this week.

“So I don't think we can say the flu is more virulent this year. Rather, this year is a reminder that flu can strike all ages and in some cases cause severe illness and complications even in otherwise healthy people. The flu vaccine is not perfect but is by far the most important thing people can do to protect themselves and their loved ones."

The number of people affected is hard to track for a variety of reasons, but all jurisdictions reported an escalating number of deaths and hospitalizations.

As of Tuesday morning, nine deaths are confirmed in WashingtonState, and one in Oregon, but officials warned that their statistics are not “real time,” and that the numbers will be updated at the end of the week.

The Associated Press reported Monday that Portland-area hospitals have identified seven H1N1 flu deaths so far this season, with nearly 180 hospitalizations; state health officials say they could not confirm the number of adult deaths in Oregon because they do not track adult fatalities, only pediatric ones.

“It’s easy to get complacent about the flu, since we see it every year, but it brings real hardship and dangers,” said Jeff Duchin, MD, chief of Communicable Disease Epidemiology & Immunization for Public Health in Seattle & King County.

“Catching the flu can not only disrupt your life, it can be severe enough to send you to the hospital.”

Jonathan Modie, spokesman for the Oregon Public Health Division, says the most important thing to know about the situation is that the vaccine is effective for most people.

“The thing to keep in mind is that during the pandemic we didn’t have a flu vaccine for H1N1 and when we did it was in short supply,” he said.

“We now have a vaccine that we and the CDC believe is very affective against H1N1 and the other strains of flu that are currently circulating out there.”

It takes two weeks for the vaccine to take effect, but the season has not peaked yet, so officials say it’s not too late to get it.

Experts say the key things to know this season include:

Younger adults face a greater risk of severe illness than usual. That’s because the dominant flu strain this year is similar to the 2009 flu virus. Compared to other flu strains, it causes higher rates of illness and death among young and middle-age adults, including those with no underlying health conditions.

Pregnant women should get vaccinated at any stage of pregnancy.  Vaccinating during pregnancy protects not only the mother but the fetus and child as well, experts say. That’s especially important because newborn infants can’t be vaccinated until they're six months old.

Anyone who lives with or cares for an infant younger than six months should also get vaccinated to protect the infant from getting flu.

Other members of the community at increased risk for severe influenza include the elderly and people who have long-term health problems, like diabetes, asthma, and heart or lung problems.

“Anyone six months and older who has not yet been vaccinated this season should get an influenza vaccine now to reduce their risk of illness,” said Duchin.

Flu vaccine is your best protection, but antiviral drugs, such as Tamiflu, can help reduce symptoms.