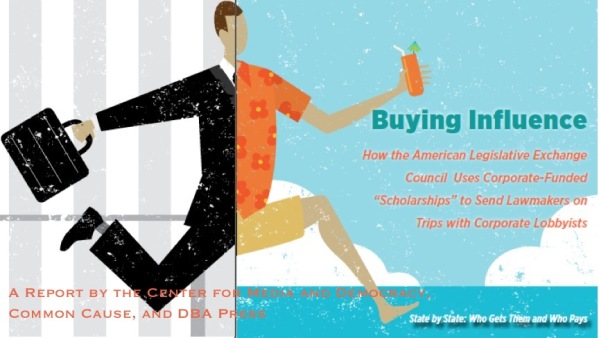 JEFFERSON CITY, Mo. (AP) — Buoyed by recent successes in the Midwest, conservatives and business groups are targeting at least three additional states for new efforts that could weaken labor unions by ending their ability to collect mandatory bargaining fees.

The latest efforts are focused on Missouri, Ohio and Oregon and — in a new twist — could put the issue before voters in 2014 instead of relying on potentially reluctant governors to enact laws passed by state legislators.

The strategy of appealing to voters could avoid a redo of the massive union-led protests that clogged some Midwestern capitols where Republicans recently enacted other anti-labor proposals. It also could result in a multi-million dollar advertising battle between businesses and labor unions waged on several fronts at the same time.

“There's national money to be had, and there are large donors in the state that definitely want to move forward,” said Jill Gibson Odell, a Portland, Ore., attorney who is sponsoring an initiative to restrict union fees for public employees in her state.

With the addition of Indiana and Michigan in 2012, there now are 24 states with “right to work” laws that prohibit making union fees a condition of employment. If the newest efforts succeed, unions in a little more than half of the states could have fewer resources to resist pension cuts, health care cost increases or other management initiatives they don't like.

Organizers of the right-to-work movement have seized upon recent economic struggles to suggest that states could gain jobs by making their labor policies more favorable toward business.

A report by the Congressional Research Service last year noted that right-to-work states had stronger employment during the past decade but lower average wages. The report stopped short of attributing that to right-to-work policies, however.

Supporters of such laws contend employees shouldn't be forced to pay fees to a union to get or keep a job. But unions contend the fees are fair because federal law requires them to represent all employees in a bargaining unit regardless of whether they join the union.

Most state right-to-work laws were enacted in the 1940s and 1950s. But businesses and conservative lawmakers, working through groups such as the American Legislative Exchange Council, have mounted a new push as union membership has dwindled and the competition for jobs has intensified among states.

Indiana in 2012 became the first state in more than a decade to enact a right-to-work law. The movement's biggest victory came later that year, when Republicans in the traditional union stronghold of Michigan followed suit even though thousands of union protesters thronged the Capitol.

“What we're seeing is a lot of states are looking and saying, 'Hey, if Michigan can do it, why can't we?” said Vincent Vernuccio, director of labor policy at the Mackinac Center for Public Policy, a free-market think tank based in Midland, Mich.

At a conference in Chicago last August that brought together hundreds of Republican officials and business leaders, Missouri Lt. Gov. Peter Kinder publicly predicted that his state's lawmakers would place right-to-work on the November 2014 ballot.

“We need to ignite a series of prairie fires in other states. It helps us pass it in Missouri if Wisconsin kicks over the bee hive,” Kinder told the audience.

There's no indication that Wisconsin Gov. Scott Walker plans to pursue right to work as a follow up to his successful 2011 push to limit collective bargaining rights for public workers, which sparked noisy around-the-clock protests at the Capitol. But others are embracing Kinder's strategy.

“If a labor-related issue was on the ballot in multiple states at the same time, labor would have to diffuse their resources,” said Chris Littleton, a consultant and former tea party leader who is backing the right-to-work initiative in Ohio.

Unions have been coordinating their efforts to fight the proposals. Officials from the Missouri AFL-CIO met recently with union leaders in Ohio. Some union leaders also have looked to Colorado, where a right-to-work measure was defeated by voters in 2008.

“We'll launch a very robust and aggressive campaign” against it, said Scott Moore, a spokesman for Keep Oregon Working, a coalition of groups opposing the Oregon initiative.

Right-to-work supporters in Ohio have begun collecting signatures for a ballot proposal. In Missouri, Republican House Speaker Tim Jones has declared right-to-work a priority for the session that starts Jan. 8. Unions are hoping to quietly derail the measure in the Senate.

“Do we want to storm the Capitol and create a nuclear war if we don't have to? I would say 'no.' But if that's what it takes, we certainly have the capabilities to do that,” said Mike Louis, secretary-treasurer of the Missouri AFL-CIO.