Multnomah County Dems: What's Race Got to Do With It? 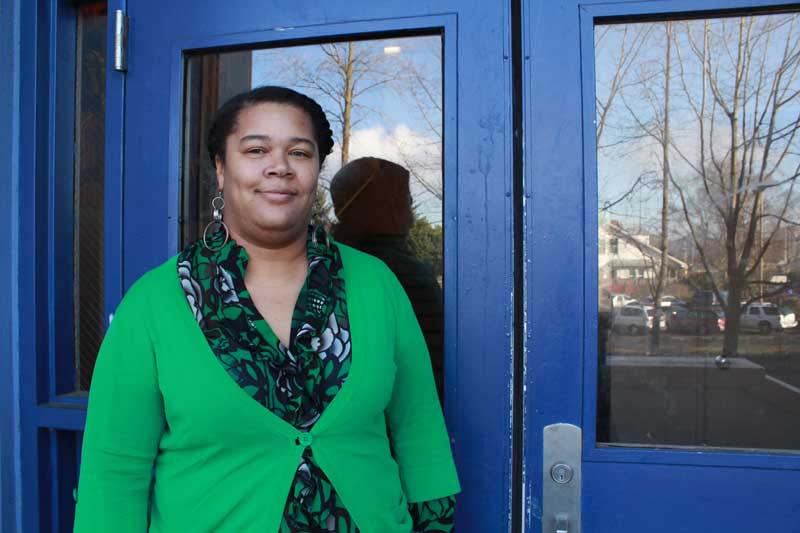 Lakeitha Elliott was excited when Multnomah County Democrats elected her as its next party chair. “I was happy,” she says.  “I started working on a strategic plan.”

“People from all over the state were telling me they were excited and they were going to engage with the party again.”

But a week later party officials told her the election was not legal and they couldn’t recognize her as chair. Instead they set a date – Dec. 12 – for a new election.

The decision, and the way the problem was handled, drew criticism from some party members.

For one thing it looked so bad. For years, the party has been talking about building a more diverse activist base that includes people of color and young people. But as soon as a young woman of color actually wins an important role in the party, the decision is reversed.

“The officers seemed completely freaked out,” says Colleen Davis, precinct leader of House District 43. “There is some validity to what they’re saying. But a new face comes in and there’s a problem?  It seems to me it’s more a case of a young person and a relatively new person getting the old guard upset.”

Democratic Party officials say they had no choice. The election was held in good faith following the party’s rules. But under state elections law, precinct committee persons are not allowed to vote until the county clerk adds them to a list. Party rules say they can vote.

The result was some people voted who should not have been allowed to vote, says Susan Hagmeier, who handles communications for the party.

“The law is very, very explicit regarding the voting process,” Hagmeier said. “It does say the PCP appointments don’t take effect till recorded. The problem is that once it was pointed out to us, once we saw it, we couldn’t ignore it.”

But party member Leslie Davis, (unrelated to Colleen) voted at the meeting, and said she too questions the decision.

“I’m not satisfied that the officials have the power to call an election void and call another election,” she said.

In fact, the Democrats have been using the same rules for years. So why did the issue come up now? And why does a volunteer job as a party official matter?

A Powerful Player Behind the Scenes

You might not hear a lot about the Multnomah County Democratic party chair, but the position is crucial for the success of Democratic candidates and policy statewide. Multnomah County voters frequently cast the deciding votes in elections.  And although it’s a volunteer job, the party chair has the huge responsibility of leading and energizing the team of volunteers who get the vote out.

“We are the county that’s relied upon to get Democrats over the top in statewide races,” says Carla KC Hanson, who served as party chair for five years.

“The chair position is a difficult position. There’s a lot of work to do. You have an all-volunteer administration that functions like a staff. It’s a heavy time commitment that takes at least 20 hours a week, and as we roll into elections the time increases.”

A longtime LGBTQ activist, Hanson stepped down last year after five years in the job, standing aside for Teddy Keizer.

“He was ready,” she says. But Keizer dropped out to run for state representative in House District 42, with 14 months left in his term.  Hanson stepped back up for the job.

Just months away from the upcoming 2014 elections, she believed her experience would help the party.  It’s a team effort, but the team depends heavily on the chair.

Hanson didn’t expect anyone to run against her. More often than not in mid-term, the chair’s election is uncontested. If she’d realized she would be opposed, she might have campaigned. Instead of telling people it didn’t matter if they came, she might have told them to be there, she says.

At the Nov. 14 meeting, Lakeitha Elliott was nominated from the floor—as party rules allow. Elliott says she spent weeks reviewing her commitments before deciding to run, because she knows how demanding the job will be.

In the end, she says, she decided to run because the party needs more under-35s and people of color to engage as leaders, and not just as extra bodies to knock on doors or get out the vote.

“I know a lot of people doing a lot of great work in this community, but they won’t engage at the party level,” she says. “I hope to be able to fully engage those folks.”

A single mother, who works for the Urban League of Portland as a community organizer, Elliott is a longtime school volunteer who still serves on Jefferson High School site council. She co-founded Portland’s Black Chapter of Parents and Friends of Lesbians and Gays. Since 2008, she has become increasingly involved in political work.

Elliott attended Wellstone Action Training, designed to train campaign leaders. She was a delegate to the Democratic National Convention in Charlotte. She graduated from the Democratic women’s political training course, Emerge, in 2012. And she has been a key player in the resurgence of the party’s Black Political Caucus.

Last year, her efforts were rewarded when she was named Barbara Roberts Young Democrat of the Year.

“She was very active in the 2008 election,” says Leslie Davis. “And every time I went into the office in 2012, Lakeitha was there working her contacts. People know Lakeitha and they know her work.”

The Election that Wasn’t

The devil, as they say, is in the details. And when it comes to the inner workings of Multnomah Democratic Party, those details are complicated.

PCPs are elected, but they can also be appointed at any meeting.  Multnomah County could have between 1200-1500 precinct committee persons. But in practice many of the volunteer positions are open.

“We currently have about 500 precinct committee people,” says Hagmeier.

At the Nov. 14 meeting an unusually high number of people – 36— had turned out to ask to be appointed as PCPs. Among them were: Sen. Merkley aide Courtney Warner Crowell, former Gov. Kulongoski aide, Anna Richter Taylor and housing activist Cameron Whitten. All 36 were appointed as PCPs, and some of them joined in the voting for party chair.

Before the vote, each candidate was allowed a five-minute speech.  Elliott delivered a speech centered on the need for a more diverse activist base.  Votes were cast and Elliott won, taking 44 votes to Hanson’s 38.

“It was obvious that KC was not prepared,” says Colleen Davis. “Lakeitha was voted in on her merits. I was excited because it was going to be new blood, new energy, which is what all organizations need.”

Elliott’s win was within party rules, but just as it energized and excited some, others were upset that the new precinct committee people had been allowed to vote.

“It’s actually quite shocking the way the whole thing went down, says Colleen Davis. We’ve been doing it this way at least as long as I’ve been involved –which is six or seven years..."

“It got ugly really fast. People were saying really mean things about Lakeitha, and to her.”

Complaints that the election was illegal came with calls for action.

Under the party bylaws new PCPs can vote immediately. State law says their names must first be recorded by the county clerk.

“We were not aware of this,” Hagmeier says. “There was grumbling during the meeting, and by the next day people were complaining that they shouldn’t have been allowed to vote and that their vote had been canceled out.”

Some felt that party officials handled the conflict poorly because the election result snubbed Hanson, a longtime power within the leadership group.

“When you don’t have term limits, the function can get confused with the person,” Leslie Davis says. “I have tremendous respect for Carla Hanson and what she has done for the party. However, we needed new blood.”

In a letter, Frank Dixon stated the Democratic Party of Oregon’s position.  The election was flawed, he writes “but neither the DPO nor the officers of the MCDCC (Multnomah County Democratic Central Committee) have any authority to declare the election invalid.

“The DPO will continue to recognize Ms. Elliott as the chair of the MCDCC, based on the result of the Nov. 14 election, until the MCDCC meets as the political party governing body to decide what to do.”

Asked for advice, the Secretary of State’s Office said it had no authority to intervene.

“You ask whether ORS 258.016 can be applied to the party election. After a review of applicable statutes, we have determined that chapter 258 does not apply to internal party elections, but only official elections conducted by elections officials.”

Nevertheless, after consulting with a lawyer, who also is party member, officials decided that continuing with Elliot as chair left the party vulnerable, Hagmeier said.

“As much as we wanted to move forward with Lakeitha as chair we could not do that.”

So would it have become an issue if the vote had gone the other way? Hagmeier says it would.

“I firmly believe this was going to come up no matter who won…” she said. “Possibly it would have been different individuals who would have brought it to our attention.”

Party officials have scheduled a new election for 7 p.m. Dec. 12 at Hollywood Senior Center, 1820 N.E. 40th Ave., when the party Central Committee is set to meet. Doors open at 6:30 pm. The rule that conflicts with Oregon law will be changed at the same meeting.

Hanson told The Skanner News she has withdrawn her nomination. She is willing to do whatever work she can to further the party as a whole, she says. It's not about individuals; it's about working to improve people's lives. However, a new contender, campaign chair Tracee Larson, has declared herself a candidate. Elliott says she was disappointed at the way the election played out, but will run again Dec. 12 , and do her best to win.

“This is not just a revote with the same people,” she stressed. “A new election opens it up to a whole new pool of people. So there could be other candidates for the chair’s job.”

From Hagmeier’s perspective, failing to hold a new election would have been unfair on Elliott. She shouldn’t have to start her term under a cloud, she says.

That’s the word too from Sheldon Joseph, former chair of the party’s Black Caucus.

“Hopefully whatever issues there are, they get resolved by the 12th and there’s a definitive election by the rules, and we can get back to good politics in the State of Oregon.”

For Colleen Davis the episode is a learning experience for party leaders.

“The bottom line is, if we are going to encourage young people to step out and take over, we have to empower them and treat them with the utmost help and respect. This process has been just the opposite.”

Correction: The time of the meeting has been corrected. Please note time.