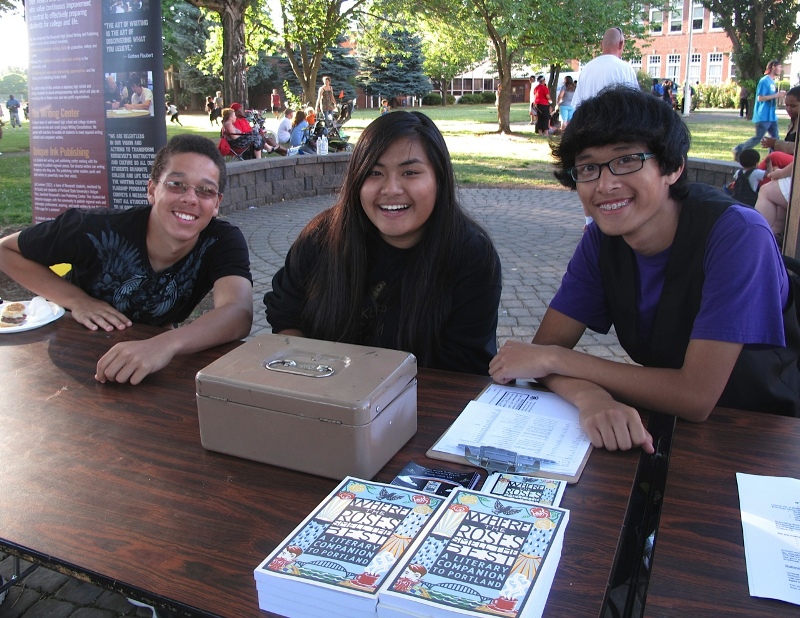 By Isaac Kelly Special To The Skanner News

In the past, Roosevelt was known for its not so good academics, and our students were not graduating with the skills they needed in order to be successful in college. Just three summers ago, Roosevelt unveiled a new writing center, with a mission to aid students in their writing so that when they graduate they would be well equipped for college.

The following summer, Roosevelt established a publishing program within the writing center that aimed to further enhance student's writing capabilities through the publishing process. Portland State University's Ooligan Press partnered with Roosevelt's Publishing Center, supplementing the learning experiences of both high school and college students. After a year of persistence and hard work, Roosevelt's new publishing center has finally published its first book, "Where The Roses Smell the Best: A Literary Companion to Portland."

As the title suggests, Where the Roses Smell the Best is all about Portland, the city we all know and love. Our book attempts to capture the people, places and lifestyles that make Portland unique and heartwarming and embody it onto the pages of a colorful book. Roosevelt students explored Portland's narrowest crevices in search of local writers who wanted to submit their written works to be put in our book. After months of blood, sweat, editing and tears an anthology emerged, boasting poems, short stories and vignettes all about the city of roses.

With the help of Roosevelt's marketing team, we were able to partner up with St. John's Booksellers, Powell's City of Books, Broadway Books and Annie Bloom's so that our book could be sold in a multitude of locations around Portland. If you are interested, Where the Roses Smell the Best could be purchased at any of the aforementioned stores, on line at Powell’s and Annie Blooms, and at the Roosevelt campus.

This is an extraordinary holiday gift for family, friends or employees and proceeds support Roosevelt’s WritingCenter.

“This book celebrates what makes Portland special and is a fun read for natives and newcomers alike.”-Charlie Hales, Mayor, City of Portland

To learn more about the Rough Writers go to their website by clicking here. Purchase a copy of 'Where the Roses Smell the Best' here.