‘Gypsy Jazz’ Artists Back on Northwest Tour, Thanks to Oregon Senator 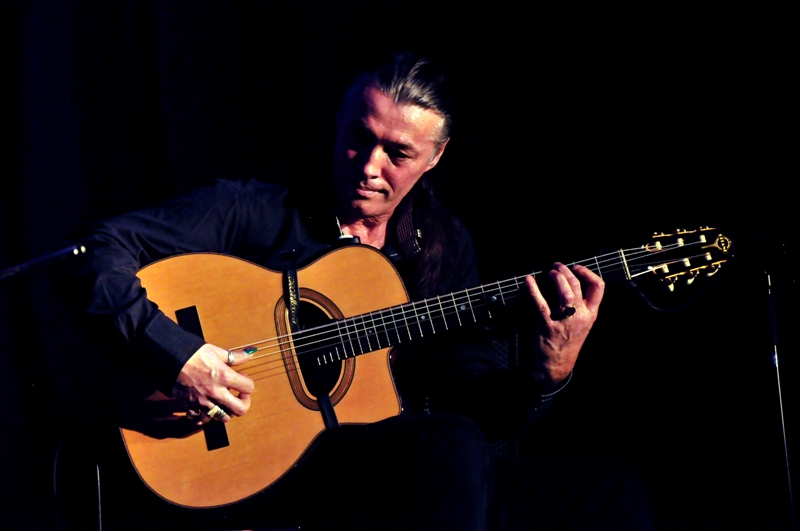 Sen. Jeff Merkley’s office has snatched victory from the jaws of defeat for one small music promotion business in Portland struggling to bring a prestigious “Gypsy jazz” guitarist on a Northwest tour.

Homeland Security’s visa refusal forced Martinez to cancel tour dates scheduled for this week, on the grounds that Reinhardt and his band are not “culturally unique.”

Martinez says she jumped on the phone to an array of elected officials, including Mayor Charlie Hales, Sen. Ron Wyden and Merkley – but it was Merkley’s staff who came through in convincing federal officials that Gypsy Jazz is worth a touring visa, with the help and support of Robert Manicke, Honorary Consul of the Federal Republic of German for Oregon and Idaho.

Merkley’s staff did not return requests for comment but Martinez is thrilled at the support she received there and around the region.

“People have said to me, you know, you’re lucky that the venues are helping you and let’s just turn these lemons into some lemonade; everybody’s excited about starting the New Year off with new music,” Martinez says.

“But obviously Lulo was devastated; he sat down and wrote a new song for the U.S.A. called ‘Visa.’

“This is one of the reasons why I didn’t want to cancel the tour and say it is too hard to continue,” she says. “He and the band are just awesome musicians.”

The list of international performance artists denied performing visas in the United States since the terrorist attacks on the WorldTradeCenter in 2001 is long, and growing.

A report in the New York Times last year said that visa procedures for artists trying to enter the US is “increasingly labyrinthine, expensive and arbitrary,” to the point that it is “making the system a serious impediment to cultural exchanges with the rest of the world.”

Ethnic and cultural performance groups from all over the world, set to perform in communities around the United States, have been denied for an array of reasons and even refused entry after obtaining a visa.

In some cases artists who had been denied in the past were suddenly deemed acceptable.  The former pop singer Cat Stevens, now known as Yusuf Islam, was denied visas for a few years and then allowed into the country to perform “without incident.”

Another particularly poignant incident involved Cuban “Buena Vista Social Club” artist Ibrahim Ferrer, a triple Grammy-winner who was among a group of musicians denied entry to perform and collect a special award at the 2004 Grammys after Homeland Security claimed he was a “security risk.”

The 76-year-old performer died the following year, insisting publically that he was “not a terrorist.”

The Guardian newspaper in England reported at that time that Cuban and Muslim artists seem disproportionately affected.

“Overall, according to Homeland Security Department records, requests for the standard foreign performer’s visa declined by almost 25 percent between 2006 and 2010, the most recent fiscal year for which statistics are available,” the New York Times reported in 2012. “During the same period the number of these visa petitions rejected, though small in absolute numbers, rose by more than two-thirds.”

While “Gypsy jazz” music can be lighthearted and danceable, many listeners have no idea the depths of pain it originates from.

For generations, millions of enthusiastic jazz fans around the world have thrilled to the music of the legendary French “Gypsy jazz” guitarist Django Reinhardt (1910-1953), whose too-short life spanned the first half of the 20th century. In the 1930s he originated the name “Gypsy jazz” and helped inspire the French term ‘Le Jazz Hot.’

Historically, Django Reinhardt’s contribution to music – and that of his family – is even more remarkable because it, and he, survived the Nazi Holocaust that swept through France and most of Europe, as well as North Africa.

Historical accounts show that the Nazi troops loved jazz music and especially in Berlin and Paris, spared Black and “Gypsy jazz” performers from arrest, internment in concentration camps, forced sterilization and in some cases the gas chambers as long as they played music within specific written guidelines.

Reinhardt and his family embrace the term “Gypsy jazz,” but generally the term “gypsy” is considered an insult. In many areas the name “Roma” is used instead to refer to these communities, but in truth there are a handful of different ethnic groups that are considered “gypsy.”

Django Reinhardt himself came from the French community known as the “Manouche;” as a German citizen, Lulo considers himself part of the related community called “Sinti,” which originated in Central Europe.

Lulo’s discography includes 10 albums, two of which were recorded live. His professional recording career started when he joined a jazz sextet in Germany at the age of 12.This month he celebrates 40years as a live jazz performer. In Germany on Dec. 14 he plans a gala concert featuring his expansive guitar collection, Sinti memorabilia and a documentary about his celebrated performing family, “Newo Ziro.”

Lulo Reinhardt is so beloved by guitarists that Saga Instruments, a San Francisco manufacturer, collaborated with him to design the Lulo Reinhardt Model Gitane 310 guitar in his name.

In fact, Martinez says that when she struggled to find a good-quality amp for Reinhardt’s tour, Erik Lind of the Montreal-based AER amp distributor Musiquip jumped to the rescue. Martinez says within hours the company arranged for a brand new AER Domino 2 amp to be delivered to Portland and signed on Reinhardt as one of their signature artists.

Sunday, Jan. 5, 2014, Vie De Boheme, Portland, www.viedebohemepdx.com. This event will be a special evening allowing patrons to meet and greet Lulo and his band.