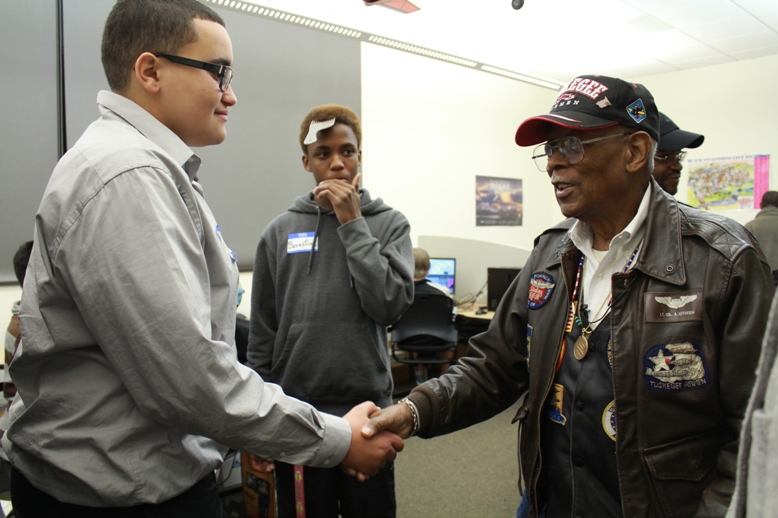 PCC president Jeremy Brown introduced Jefferson. The airman talked about the history of discrimination against women and African Americans, and told the real story behind the popular film, Red Tails. Jefferson had special words of encouragment for the young people in the audience.

The Portland chapter of the National Association of Black Veterans helped organize the event.  Rep. Lew Frederick turned out to hear from the distinguished airman, along with a crowd of veterans including: former state Sen. Bob Boyer, Jerome Cox Tanner and Ron Webb.