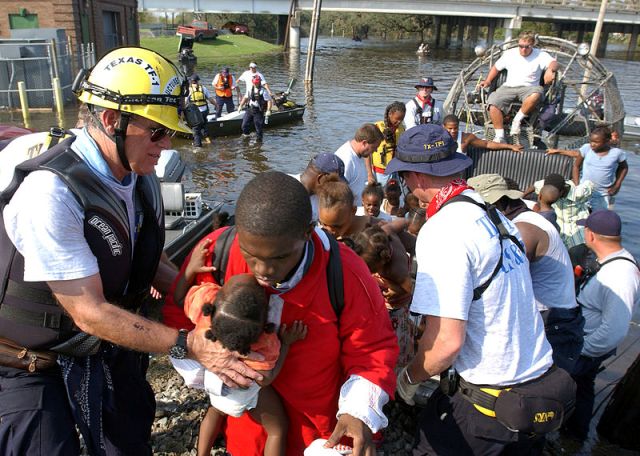 Do you have asthma, diabetes or heart problems? Do you live in a neighborhood where there is more cement and concrete than trees or grass? Are you African American?

And do you own an air conditioner?


If you answered yes to the first questions, and no to the last one, then you need to start thinking about how climate change is going to impact you in your urban neighborhood – and you need to do it right now.

Wetter winters and hotter, drier summers – Oregon's and Washington's climate change impacts – are already affecting mountain snowpacks, the size and intensity of wildfires, the flow of our mighty rivers and where certain plant species grow.

In King County, where health officials have studied climate change for years, civic planners are also coping with flood and storm dangers, plus declining salmon habitat.

A report issued by the Multnomah County Health Department last month for the first time put local residents on alert to plan how you will respond in your own home as changing temperatures and weather patterns increasingly take hold in our neighborhoods.

At a press conference held in the Cully neighborhood – considered to be at extra risk -- Ben Duncan, Multnomah County program manager for health equity and winner of the Billi Odegaard Health Prize in 2011, laid out the specifics of who is most impacted and why.

Who is Most Affected?

Are African American households hit harder by climate change than is the larger population? Several studies have concluded the answer is yes.

In fact a significant body of research suggests that Black people care more about climate change than any other group in the United States.

The racial impact of global warming is laid out in the Congressional Black Caucus Foundation's 2004 report, "Climate Change: An Unequal Burden." (click here to download the PDF)

"Where U.S. Energy Policy is concerned, African Americans are proverbial canaries in the mineshaft," the report says. "We are on the frontline of the likely social, environmental, and economic upheaval resulting from climate change."

1) African Americans are already hit more than other groups by the health effects of climate change, including deaths during heat waves and from worsened air pollution. "Similarly, unemployment and economic hardship associated with climate change will fall most heavily on the African American community," the report says.

3) Finally, the CBC Foundation warns that policies to help soften or fix climate change are likely to "generate large health and economic benefits or costs for African Americans, depending on how they are structured.

"Unless appropriate actions are taken to mitigate its effects or adapt to them, climate change will worsen existing equity issues within the United States," the Black Caucus says.

The county's charts show the elderly, disabled, people living in poverty, communities of color and the homeless are the people most likely to be concentrated in parts of the city with fewest trees, greenbelts, parks or waterways.

-- an increase in heat-related illness and deaths, including heart emergencies, especially "among vulnerable populations such as the elderly, low income, homeless, pregnant women, and individuals with outdoor occupations;"

-- and more diseases spread by insects and vermin -- especially mosquitoes that carry West Nile virus -- due to longer breeding seasons.

Of extra concern is the "urban heat island" effect, in which the concentration of paved surfaces in a neighborhood absorbs heat and magnifies it, boosting temperatures hotter than the surrounding area.

In 1995 some 750 people died in Chicago's infamous heat wave when daytime temperatures spiked for just five days in a row – the hottest day reached 106 degrees, but, experts say, the heat island effect made it closer to 150 degrees in some spots.

Most of the dead were elderly, disabled and African American people who did not want to open their windows or go outside for fear of crime, reports said at the time.

Experts say similar heat waves will especially impact the Pacific Northwest because our climate has historically been so mild that few people have air conditioners; an increase in daytime, and nighttime, heat waves in summer has already begun, the hottest clocking in at 115 degrees in 2009.

Not only that, these warmer temperatures simmer air pollutants into a toxic soup called ozone -- the culprit in upper respiratory illnesses from asthma to pneumonia and bronchitis -- not to mention turning up the dial on heart attacks.

Duncan says the simple question of where people live and how rich or poor they are can make all the difference in terms of who is most hurt by the extra smog, heat and vermin that all come with global warming.

"They are elders who are not socially mobile but they live in a heat island, and they may have little access to parks and greenspaces because they have little choice in their housing options.

"People here are subject to a double-whammy."