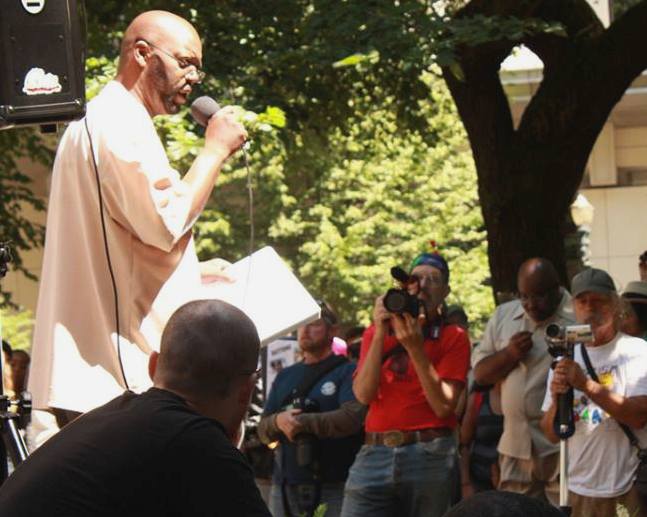 The memorial service for Fred Bryant will be at 11 a.m. on Saturday, Nov. 9, 2013 at Highland Christian Center, 7600 NE Glisan, Portland OR 97213. Donations can be made to "Fred Bryant's Memorial Account c/o Alyssa Bryant" at any Bank of America.

Bryant was born in Portland on Jan. 10, 1960, and graduated from Marshall High School. In his adult life, he lived all around the United States from Ohio to Minnesota to New Jersey to Washington, but he always came back home to Portland, Ore.

He spent the last years of his life tirelessly working to achieve justice for his son, Keaton Otis, who was killed by the Portland police on May 12, 2010.  He held monthly vigils for Keaton, testified at City Council meetings and Department of Justice hearings, and talked to anyone willing to listen about his son's death.

Bryant was a big part of the Miracles Club, a Northeast Portland community center for people in recovery, where he was sergeant-in-arms.  He was a community activist and was loved many, many people.

"Fred's strength, love, determination and sweet spirit were a mainstay in this community.  I'll miss him beyond words. Rest in power, Fred,"   University of Portland professor Walidah Imarisha wrote on Bryant's Facebook page.

"Fred Bryant was a friend and a partner in seeking an accountable police force after the tragic death of his son Keaton Otis," said Jo Ann Hardesty.  "I hope he will be remembered as a loving father, an advocate for redemption through his fellowship and support of Miracles Club, and as a good man who gave much more than he took."