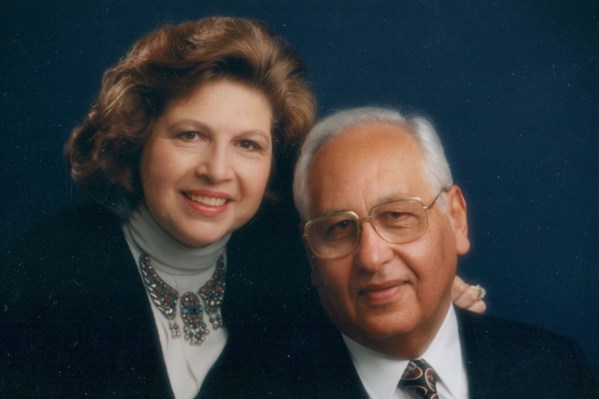 A former dean of Portland State University's College of Urban and Public Affairs, Toulan founded the school of Urban Studies and Planning, which is named after him.

Toulan's fame and accomplishments transcended international boundaries. He worked in Africa and the Middle East as well as the United States. He advised the United Nations development program and in 1984-5 he created a comprehensive regional plan for the Holy City of Mecca.

After working with the United Nations to direct regional planning efforts in Cairo, Toulan became a professor of architecture and planning at Columbia University in New York. He joined the faculty of Portland State University in 1972.

Sen Jeff Merkley is just one of many who expressed personal sadness at the loss.

"I had the privilege of knowing this wonderful couple for a long time," Merkley said in an email. "Dr. Toulan contributed an enormous amount to our community as Dean of the College of Urban and Public Affairs at Portland State University, as a long time board member of the World Affairs Council of Oregon, and as a leader in the Portland Muslim community. In addition to being an acclaimed architect planner, Dirce was one of the warmest and gracious human beings I've ever known. They will be deeply missed. Mary and I are holding their family in our thoughts and prayers."

Wajdi Said of the Muslim Educational Trust, who also was close to the couple, said in an email that Toulan was ahead of his time in championing the universal values he believed were shared by people of all faiths.

"Dr. Nohad was a man of tremendous stature - a respected scholar, a bridge builder, a consistent and powerful voice of reason and hope, especially in recent, turbulent times after the tragedy of 9/11," Said wrote.

"Some people's memory never dies because their moral and political imagination are organically rooted in the living memory they leave behind them. It is very hard to imagine the American Muslim and Arab communities and Portland without Dr. Nohad and Dirce Toulan. Both were and will continue to be the pride of the Muslim community in Oregon."

Nohad and Dirce Toulan are survived by a daughter, Mariam Toulan, and a son, Omar Toulan.