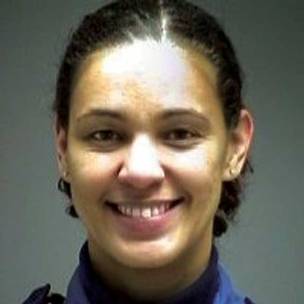 Wesson-Mitchell, also a graduate of the prestigious Georgetown University in Washington D.C., has served in varying roles as a Portland Police officer for almost the past 10 years, most recently as recruitment coordinator.

A resident of Portland who lives with her husband and kids in the Lents neighborhood, Wesson-Mitchell starts her new job Nov. 18

In appointing former policy advisor Baruti Artharee, Hales said the job involved improving relations between the bureau and the city.

It's unclear where that mandate lies now that the mayor has hired a police officer for the job.

A City Council hearing about proposed changes to the Independent Police Review division last week lasted for hours and included horror stories from citizens calling for police accountability; multiple mothers, including one City of Portland employee, wept as they recounted beatings dealt out to their young family members by police. http://www.theskanner.com/news/northwest/20319-portland-city-council-defers-decision-on-changes-to-independent-police-review-division-2013-10-23

"If you have a heart for service and social justice, but have never thought of becoming a police officer.

"Please consider that it could be an amazing way to serve and truly make a difference."

Artharee, who lasted less than a year in the position, was called out in June for remarks made to a Multnomah County elected official; he says his decision to leave was made after a spate of family tragedies, including the kidney diagnosis of his son who now needs a transplant.

Artharee's work was framed by the stories he told of being racially profiled by law enforcement during his formative years in Compton, Calif.

Without a doubt, Artharee's replacement has her work cut out for her.

In 2012, the U.S. Department of Justice filed a lawsuit against the City of Portland for operating the Police Bureau with a "pattern or practice" that violates the civil rights of people with mental illnesses.

The city and the Bureau responded with an array of fixes to hold off a trial – but completely ignored a long list of demands by the Albina Ministerial Alliance for Police and Justice Reform, angering a large swath of the grassroots community which is already cynical about any reforms.

A federal judge earlier this year demanded that city officials, federal officials and the union mediate their differences – and that the Albina Ministerial Alliance group could attend their mediations.

But in the end no agreements have been reached, no DOJ agreement is in place -- and the testimony given at last week's council meeting ranged from the bitter to the gruesome.

The City Council postponed voting on the proposals which include: giving the IPR the power to compel officers to answer their questions; expanding the citizens review committee from nine to 11 members; allowing the IPR to open cases independently; and releasing more information to the public when officers use force.

"In no way do these recommendations address the depth and breadth of concern felt by citizens in our city," said Michael Alexander, executive director of the Urban League of Portland.

"Since joining the Portland Police Bureau in 2004, Wesson-Mitchell has served as a patrol officer (2004-08), an investigative officer (2008-11) and recruitment coordinator for the Personnel Division. She also has been a Gang Resistance Education and Training (GREAT) instructor, and has been involved with the Making Positive Choices Youth Forum; Racial Profiling Committee; Citywide Diversity Committee; Police Equity: Leadership Council; and Community and Police Relations Committee."