Kenneth Bae's Mom Pleads for His Release After Visit 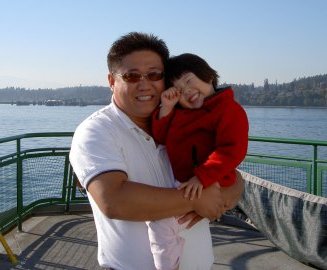 The mother of Kenneth Bae has left North Korea "more anxious than ever" to bring her imprisoned and ailing son home.

In a statement she released Tuesday, Myunghee Bae said she was able to visit her son three times and was relieved to see his health was improving.

"I was happy to see him and to hold him, but it broke my heart to leave him behind," she said. "I am more anxious than ever to bring him home. His year-long imprisonment has taken a heavy toll not only on Kenneth but on the whole family; every day the pain and anxiety continue to carve a deep scar on all of our hearts."

Earlier this year, Bae, a Korean-American, was sentenced to 15 years in a North Korean labor camp for what the government called "hostile acts."

His family had not been able to see him for almost a year since his November 3 arrest in North Korea.

Myunghee Bae, of Lynwood, Washington, said that she pleaded with the North Korean authorities to let her visit her son, and expressed gratitude for granting permission.

She arrived late last week, with the goal of encouraging her son who has become ill, according to a website dedicated to Kenneth Bae's freedom.

In a prison interview released in July, Kenneth Bae had spoken of health problems including diabetes, high blood pressure, fatty liver and a back problem. He looked noticeably thinner and wore a blue prison garment streaked with sweat and dirt.

His family say he has lost more than 50 pounds.

"My heart was broken into pieces when his prison interview was released on July 3," said his mother, in an earlier statement. "His appearance was very shocking, he looked so different, and he lost so much weight. I could not believe that prisoner was my son."

Bae was moved to a hospital for serious health problems, his sister, Terri Chung had told CNN in August.

In previous interviews, Chung has said that her brother suffers from health problems including severe back and leg pain, kidney stones, dizziness, blurred vision and loss of vision. He was already dealing with diabetes.

His family and friends have asked North Korea for mercy and the United States for help in securing his release.

In August, the two countries appeared close, but North Korea rescinded an invitation to a U.S. envoy. Ambassador Robert King, President Barack Obama's special envoy for North Korean human rights issues, had been expected to fly to Pyongyang to try to win his freedom.

In previous instances, North Korea has released Americans in its custody after a visit by some U.S. dignitary -- in recent cases, former Presidents Jimmy Carter and Bill Clinton.

Bae was arrested last year after arriving as a tourist in Rason City, a port in the northeastern corner of North Korea. His sister says that Bae is the owner of a tour company and was in North Korea for work.

The country's state media also says that Bae had planned what it called a "Jericho operation" to bring down North Korea through religious activities. They have suggested that Bae could have been sentenced to death, but avoided it through "candid confession of his crimes."

"I plead with our government to do everything in their power to secure my son's release soon," Myunghee Bae said Tuesday.