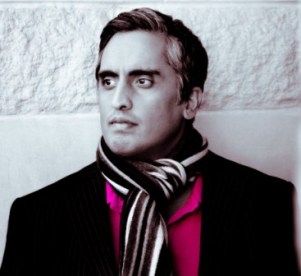 Arsalan Iftikhar will speak about Muslim Identity and Islamophobia at 7 p.m., Monday, Sept. 30, in the Templeton Student Center at Lewis & Clark College.  The event is free and open to everyone.

An international human rights lawyer and a senior  editor at the Islamic Monthly, Iftikhar  has been building bridges between Muslims and non-Muslims in America or more than a decade.  Now he has just published a book that looks at the legacy of peacebuilding and the challenges that lie ahead:  Islamic Pacifism: Global Muslims in the Post-Osama Era.

Check out Iftikhar's blog, "The Muslim Guy," or hear him on the NPR show Tell Me More, where he is a regular customer at The Barbershop. Iftikhar gave The Skanner News an email interview in advance of his talk.

TSN:  Your new book Islamic Pacificism takes on some misconceptions that many people have about Islam. How deep is the tradition of nonviolence in Muslim culture?

AI: Sadly, the term 'extremism' or 'terrorism' has been co-opted to only apply to Muslims today. Since most Americans do not know Muslims, it is important to show everyday Americans that Muslim communities (both here in the United States and abroad) are diverse in every aspect of their lives. Like all other religions, Islam teaches love and compassion towards all other people and unequivocally condemns the killing of any innocent person, anywhere in the world.

TSN:  What are the most hopeful signs you see for global peace?

TSN:  Western popular culture protects all kinds of speech –even when it's offensive to many people. That's not the case in majority Muslim countries where it's forbidden to show nudity or insult religion, for example. What can our cultures learn from one another?

AI:  Free speech is an important part of any modern society. Sadly, there are many parts of the Muslim world where we need to address issues related to free speech, women and minority rights, etc. But this should not be indicative of Islam or Muslim culture, since there have already been four out of 57 Muslim countries that have elected female heads-of-state.

TSN:  How can America repair its damaged reputation in Muslim countries?

AI:  I think that both America and Muslim countries need to do more civic outreach to each other in terms of interfaith, academic and artistic endeavors. I truly believe that once both sides help "humanize" each other, it will help to repair some of the damage that has been done over the years.

TSN:  You recently published a column urging the International Olympic Committee to choose a majority Muslim country to host the Olympics. Why is it important?

AI:  Since Muslim countries make up nearly 25 percent of the world population, I think it is interesting that a Muslim-majority nation (like Turkey) has never hosted the Olympics. It would go a long way to helping to bridge the divide between different parts of the world.

Arsalan Iftikhar will be the first speaker of the year for the Department of Inclusion and Multicultural Engagement.