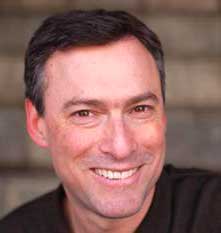 Today, I am announcing my resignation as Multnomah County Chair effective September 16, 2013. In accordance with the county charter, my appointed designee, Marissa Madrigal, will serve as Chair until the election of my replacement next May. I am confident that the county is and will remain in good hands, and that its successes will continue.

Earlier this summer, I acknowledged having an affair with a county employee. My actions were heartbreaking for my wife, Lisa, and my children. And I know my behavior was disappointing for my staff, county employees and the people of Multnomah County who entrusted me with this important leadership position.

I am deeply sorry that I failed to live up to that trust, and for the pain my actions have caused.

After the affair was revealed, media reports were filled with unfounded allegations suggesting that I had abused my position to advance Sonia Manhas's career and that I had misused county resources to carry out our affair. These baseless charges are being investigated by the Attorney General's office. I welcomed the investigation and remain confident that it will clear me of these charges.

I am truly proud of our achievements at Multnomah County during my tenure: from forging important new partnerships like the Gateway Center for Domestic Violence and the Mental Health Crisis Center, to finally tackling long-overdue projects like the Sellwood Bridge and the Gresham and downtown courthouses. Together, we secured stable funding for our libraries, saved the Oregon Historical Society and built and grew innovative, cost-effective services like the CROPS farm, SUN Schools, and our anti-obesity and community healing initiatives. These, and a host of other, actions have elevated community trust in county government.

But leadership is about more than a set of accomplishments. It is also about accountability.

I've always told my children that we must face the consequences of our actions. It is time for me to follow my own advice. Over the past several weeks, I have been reflecting both on the mistakes I have made, and on the best interests of Multnomah County government and the people that it serves. People want to move on from this distraction. They deserve to.

Continuing in my job as county chair runs counter to the higher standards I have espoused for my almost seven years of elected service. I can't demand more of others than I expect of myself. The most important work I can do now is healing and repairing my bond with my wife and my family. It's time for me to give that job my full attention.

This is a community with a long, inspiring history of community engagement and I intend to continue serving this community that I love. But now, I need to do so as a private citizen rather than county chair.

It's been an honor to serve my fellow Multnomah County residents. Thank you for the privilege.