Get to Know an Educator: Kevin Bacon 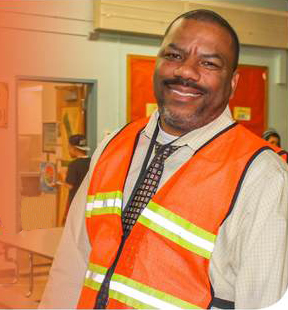 As an educator, Kevin Bacon prides himself on being a problem solver.

"I'm not afraid not to be the smartest person in the room," he says. "The solutions are there. We just have to figure out a way to listen to each other, work together, be able to ask for help and not be afraid to go look for other ideas and other ways of looking at things."

Bacon, the new principal at Boise-Eliot/Humboldt School, is returning to the Jefferson Cluster, where he began his education career. He sat down with The Skanner News to discuss the upcoming school year.

Hailing from Indianapolis, Ind., Bacon knew he wanted to be a teacher in fourth grade.

"It was one of the first TV shows that portrayed African American characters in a positive way," he says.

"In that show, he was one of those teachers that inspired participation, kids loved him and he built relationships and he did home visits and all those things. I was thinking, 'That's what I want to do.'"

As a student, he would catalogue his favorite lessons in his mind. Even then, Bacon thought he could do better than some of his teachers.

It didn't hurt that he had family members who were principals.

Although he had no idea he'd become an administrator, Bacon wanted to work in communities like the one he grew up in; ones that reflected his culture.

He started as an eighth grade social studies teacher at Whitaker Middle School in 1986. Throughout the 90s, he also worked at George Middle School and Jefferson High, where he was principal for the 2000-01 school year.

After that year, he went to work at Thomas Fowler in Tigard and then Hosford Middle School.

Being back in the Jefferson Cluster means a lot to him.

"It's kind of a full circle thing," says Bacon. "I started my career on this side of town and I'm about 10 years—anywhere from seven to 10 years away from retirement. I'll possibly end my career in this cluster."

This will be the first year he's worked with students younger than middle school. He sees it as his biggest challenge, as well as what he's most excited about.

"That's what I have to get used to," says Bacon. "How to talk to the younger kids in a way to get them to respond? They can't quite see high school or college and draw the comparisons between their behavior right now (and how it) might be impacting their long term view."

As he develops the bigger picture for Boise-Eliot/Humboldt, Bacon plants to build off experiences from previous schools.

For example, eighth graders in the Chinese Immersion program at Hosford went on a trip to China in 2012. Parents started saving for the trip when the students were in Kindergarten.

Bacon says the experience taught him that if the parents have the will, there's a way.

"(It's about) holding on to a vision," he says. "The payoff was incredible. First you have to be able to dream. Then you have to work for your dream. All of that was worthwhile for the kids."

He envisions an eighth grade trip to states like Alabama and Georgia, so Boise-Eliot/Humboldt students can immerse themselves in civil rights history. As he gets acclimated and starts to dream with his younger students, he wants to pull together resources, parents, businesses and other entities in the community.

Amid the stress of transitioning to a new school, Bacon maintains an easy going personality. He says he may even have to gear it down for some of his younger students. 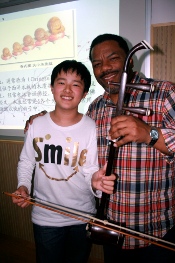 His sense of humor and his willingness to be a team player were exemplified when he sang as Tina Turner at an educators' retirement ceremony. Organizers chose individuals to perform each retiree's favorite song and Bacon was recruited to honor Willie Poinsette (this reporter's mother) by singing "Proud Mary."

He went all out with a blonde wig, dress and pantyhose. The only thing he couldn't do was heels.

"I never sang in my life," says Bacon. "It was a mess all the way around but it was pretty popular."

Whether it's a funny performance, or administrating, he doesn't shy away from the messiness.

Even though the process can sometimes be chaotic, Bacon prefers collaborative solutions. He relies on patience and a faith in his team. It's a philosophy he's utilized throughout his career.