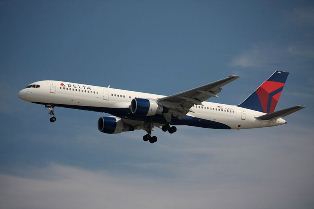 U.S. District Judge Anna Brown has ruled that passengers have a constitutional right to fly internationally, but it has yet to decide if the government's procedures are enough to deny that right due to security concerns.
The 13 plaintiffs, including four U.S. military veterans, sued in 2010 after being stopped from traveling in aircraft. They say they believe they are on the federal no-fly list.
They also say they were prevented from traveling overseas to make religious pilgrimages, visit family and attend school, since other means of travel, such as boat trips that would have lasted more than a month, were impractical.
The American Civil Liberties Union, which supported the case, hailed the partial decision as a victory.
"This is the first federal court decision to recognize that when the government bans Americans from flying and smears them as suspected terrorists, it deprives them of constitutionally protected liberties and must provide these Americans a fair process to clear their names," Nusrat Choudhury, a staff attorney for the ACLU who argued the case, told CNN.
The Justice Department would not comment on the case.
The plaintiffs also say the government violated their right to due process when they were put on the list with no notice or meaningful way to fight the inclusion.
About 20,000 people were on the no-fly list as of 2012, according to a counterterrorism official, including about 400 Americans.
U.S. officials will not confirm who is on the no-fly list or various other terrorist watch lists complied by the F.B.I. and used by the Transportation Security Administration, airlines and other countries.
The judge has asked both the government and the plaintiffs' attorneys for more information about the redress process before deciding if the procedures are enough to prevent people from flying.
There is a process for removing a person's name by submitting information to the Department of Homeland Security. If would-be passengers aren't happy with the results, they can take the government to court.
The plaintiffs said that process is not adequate, since the government never holds an administrative hearing, acknowledges if a person's name is on the list or if it has been removed, or tells why the name was on the list in the first place.
The government argued in court documents that it can't tell people if they are on the no-fly list because that would reveal classified information that needs to be "shared across the government to maximize the nation's security, without fear that such information will be disclosed whenever anyone cannot travel as he or she might choose."
The next court date is set for September 9.