Marianne Elliott: Write Your Truth to Change the World

By Helen Silvis of The Skanner News
Published: 27 August 2013 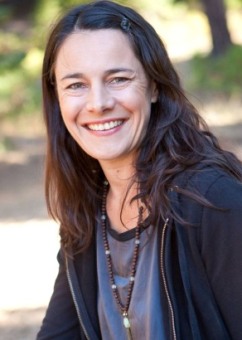 Marianne Elliott is one of a group of groundbreaking women featured at last weekend's MUSE camp at the Caldera Arts Center in Sisters, Ore. The camp is a three-day all-female retreat which aims to inspire women and girls to change the world. A former United Nations peacekeeper, who has risked her life to monitor human rights in Gaza and Afghanistan, Elliott turned her experiences into the acclaimed book: "Zen Under Fire."
Elliott spoke to The Skanner News on Wednesday Aug 21 at Nicholas restaurant in Southeast Portland.

TS: Is this your first visit to Oregon?
ME: I think it's my seventh. I have a strong connection to Portland because I have a lot of friends here. So I have visited the beach once, and seen some other parts of Oregon, but I have never been south so I am very excited to visit Sisters. In fact, my ex-boyfriend in Afghanistan, who is my boyfriend in the book, is from Portland.

TS: You trained as a lawyer in your home country New Zealand. So can you describe what your work was like in Afghanistan?
ME: I was there as a human rights officer with the United Nations.  You don't have to be a lawyer to do the humanitarian work I was doing, although a lot of people who do it are lawyers. It is a mix of monitoring conditions and promoting human rights. So I was looking into the justice system, at conditions in prisons, and responding to complaints of human rights violations. The promotions part of the work could be something like, meeting with the headmistress of a school to talk about child marriage and how to reduce rates of child marriage – or meeting with a chief of police to discuss the treatment of prisoners.
It's a very broad role with a lot of opportunities to identify the needs of the people and focus on those issues.

TS: How do you persuade people who believe child marriage is normal and fine, that it is not a good thing?
ME: On issues with deep cultural sensitivities, I worked with Afghan counterparts who could talk about issues from a point of view deeply embedded Afghan values and Islamic values. In fact, Afghan law prevents child marriage. But it's hard to enforce because it happens in remote areas and out of sight.
But one piece of what my Afghan counterparts would talk about is the importance of girls' education, and the value that Islam puts on education. There is evidence that if girls get education that's what helps lift the whole community.
So now what's needed is awareness raising. And in fact, here's another Portland connection: the NIKE foundation sponsors a project called the Girl Effect, which has done a lot of research on the impact of girls' education on the whole community. Sara Posada Bowers of the NIKE foundation and I worked together in Afghanistan.
So if anyone were to ask me where the money should go in Afghanistan, I would say to girls education. It is such a powerful lever for the wellbeing of the community.

TS: We've followed the story of Malala Yousafi, the girl who was shot for pursuing her education. She's from Pakistan, right next door to Afghanistan.
ME: Yes and the two countries have a lot of shared challenges and cultural traditions. What's wonderful about Malala, apart from the fact that she survived, continued her education and has the full support of her family, is how she has gone on to be an advocate for girls education.
She's been able to bring attention to this because she is such an inspiring young woman. Her suffering and her courage have brought huge attention to the issue of girls' education.

TS: What are you going to talk to girls and women about at the MUSE camp?
ME: I chose as my topic, "Writing as Activism." When we see the state of the world something touches us; something moves us; it breaks our hearts. And it's essential to the integrity of our souls that we act. But what if we don't know what to do?

One of the worst feelings in the world is seeing something that really bothers us, then feeling there is nothing we can do about it. That turns into despair.
I think that raising our voices through writing is a really powerful way to act. So I'm going to give examples of how writing has had influence on policy through powerful storytelling. It could be anything from writing a letter to a politician to writing your own story. Maybe you have a story about recovering from an eating disorder. If you write about that you can help somebody else recover.
Writing down your story doesn't just help you to take action, it can be a powerful way to make change.


TS: Is there a particular writer you know you will talk about?
ME: Yes and she is a Portland writer: Meg Worden. She went to prison for selling the drug ecstasy. She is a middle-class white women and she has written about her time in prison. That took a lot of courage, especially since she is a mother. But telling her story has reached a whole lot of people who normally would think prison is for other people, not "people like us."  She was honest and brave and she has changed the way people think. So that's a beautiful example.

TS: What do you plan to do in future?
ME: I have two main passions and I plan to continue working on those. One is to promote the wellbeing of people who are doing this momentous work of protecting the human rights of vulnerable people.
My own experience was that I didn't have a strong foundation in caring for myself. The work I was doing took a toll, and it didn't just affect me, it affected my relationship and the quality of my work. So I got very interested in, 'What does it take to take care of yourself when you are doing traumatic work?' So I write about that and I do yoga.
So my strong interest is in the wellbeing of the people who are working with people experiencing a lot of trauma, as well as the people experiencing it themselves. They are living and working often in places where there is great danger.

TS: So you found yoga helped you deal with the stress of working in a war zone?
ME: Yes. Yoga was perfect for me, although it isn't perfect for everyone. I used to be a runner, but you can't run when you can't leave your compound. Other people like team sports. But again you can't do those when you are under lockdown inside a compound.
Yoga is very portable. You can do it anywhere. You can do it in a very small space. You can do it by yourself. And you can do it under security lockdown. So for me it was really helpful.
The more I did it, the more I came to understand how subtle it is and how it works on the nervous system, which is so important when you are under a lot of stress.

TS: And your second passion?
ME: My other passion is telling stories that connect people in different parts of the world. I've been working in radio, which I think is almost more powerful that video or television, because it is so intimate. You can be in your kitchen and have a woman from Afghanistan right there with you.


TS: Working as a human rights lawyer in Gaza and then as a peacekeeper in Afghanistan, you have often been the only woman in a leadership role. Have you experienced hostilities because of your gender?
ME: As I write in Zen Under Fire, I've encountered sexism in every job I've ever had – and in many aspects of my personal life. What surprises many people, though, is that most of the Afghan men who I worked with – including senior Afghan officials in the military and police – were very respectful of my role and my work and I faced very little explicit sexism from them.
The systems and structures we were working within were often inherently sexist. I had to sleep in police stations where there was no separate sleeping space or bathroom for women, for example. But the most openly hostile comments I faced because of my gender were not from Afghans, but from other international staff working for the UN or from the international military forces based in Afghanistan.

TS: The area you are working in is mostly male dominated. Was there support by your colleagues?
ME:  By and large my colleagues were very supportive, but some of them were not. In at least one instance, which I describe in Zen Under Fire, I had a colleague directly undermine me because of my gender. Sexism is prevalent in most organizations I've worked in and the United Nations is no exception.  I also saw more than one of my female Afghan colleagues was subjected to sexist slurs and harassment, so there is no question that sexism existed. At the same time, most of my male Afghan colleagues were very supportive of me and of my work.

TS: Will you go back to Afghanistan?
ME: I'd like to go back so I can keep telling those stories. But after 2014, the security situation will change. Nobody knows what it will be like. And if the Taliban come back into power, I am much less likely to go back.