Dj Og One: 'We Don't Have a Gang Problem. We Have a Community Problem' 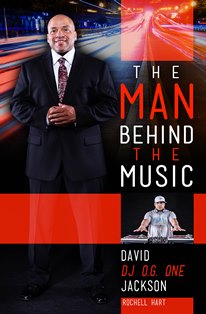 "The Man Behind the Music"

When the gang scene exploded in Portland in the late 80s, David Jackson saw hope where others saw madness. Coming from Watts, CA, he still remembers the day a young man took him to the Villa for the first time.

"He drives me to the North and I'm like, 'When are we getting to the projects? I see white people walking down the street,'" says Jackson. "For Portland, the gang scene was bad but coming from where I came from, I was really encouraged."

Jackson, better known as DJ O.G. One, has been doing extensive work in the Portland community for over 20 years. Along the way, he has built his brand as one of the most recognizable DJs in the city. He re-released an updated version of his autobiography, "The Man Behind the Music: The Life and Times of David William OG One Jackson Jr.," co-written by Rochelle Hart, in July. Jackson sat down with The Skanner News to discuss his story, community involvement and how he's built the O.G. One brand.

The meat of the book, originally released in 2010, deals with Jackson's time with the Ecclesia Athletic Association. EAA moved from Watts to Clackamas to help kids see a different scene and train for the Cascade Run-Offs, says Jackson.

"I remember coming up here and it was like, 'There's a whole lot of green,'" says Jackson. "I loved it. The air was clean. The people were nice."

Things began souring when local news media raised suspicion that the group was a cult.

Jackson says one television station spliced an interview of EAA's spokesperson with one other point person from the Rashneeshpuram, in which both people discussed possibly getting property. The story asked whether the EAA was another cult.

This took a tragic turn in 1988 when the 8-year-old daughter of the EAA's founder Eldridge Broussard Jr., was killed. An autopsy revealed she was beaten to death.

A national media frenzy, which included a TIME magazine story and an infamous appearance by Broussard on Oprah, ensued and eventually four people were convicted in the death.

One of those four was Jackson's mother, who was convicted of neglect. He says she did time for her irresponsible actions, but the bulk of her punishment had to do with taking the blame for other adults' actions.

After Broussard died in 1991, the EAA broke up and many were left to find their way.

At the time, Jackson was in his mid-20s.

Since all their money had been tied up in the group, he and his future wife were living from home to home and eventually on the street.

Jackson worked odd jobs and ingratiated himself with fellow employees. One McDonald's colleague allowed him to purchase their car, which he and his wife would sleep in for a period of time. Another fellow employee gave them a chance to live in her apartment when the opportunity presented itself.

Making good impressions and building relationships would become a theme for Jackson. 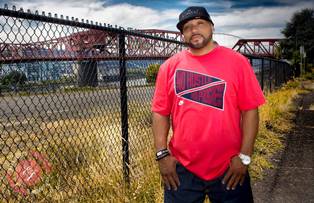 Although music was a part of Jackson's life  when he was in Watts, Jackson didn't really get in focus on his craft until 1992.

Instead, he put his time into the Portland community.

One of the first issues he tackled was the proliferation of gangs.

Jackson was a gang member from the ages of 10 to 15. He chose to leave after his pastor Eldridge Broussard of Watts Christian Center stepped in to fill the needs the gang was serving, such as protection, support, refuge and financial gain.

"Those are excuses," he says. "'I'm in this gang because I get this. I get that unconditional love.' When I talk to people I'd ask, 'Why does a child feel all this but they don't feel that from regular citizens in their neighborhood?'"

People try to complicate the problem, he says. It's about being proactive and eliminating the politics and red tape.

"I'm supposed to be the positive person but I can only help you between 9:00 and 5:00?" says Jackson. "We don't have a gang problem. We have a community problem. Just for the fact that any of the kids in our community feel that's an option.

"If we can change people's mindsets, values, and actually hold each other accountable for making a difference, our communities will change instantly but people think it's politics, money or the next man's problem. We make policies and enforce cultural value as people."

While working as a program director for Camp Fire Boys & Girls, Jackson decided to throw monthly parties for students with good grades at Whitaker Middle School.

The word passed around and he built a good rapport with both students and their parents. His reputation grew in the process.

Jackson got the name O.G. One from a program established by inmates at Oregon State Penitentiary called "Original Gangway." Each member was assigned a number and he got the numeral one because of his leadership in the community and his involvement in bringing young men to the penitentiary for intervention. Although the program didn't take off, he decided to keep the name.

When Jackson got his first real DJ gig, it was a concert featuring Naughty by Nature and Run-DMC at the Roseland Theatre. His career soared from that moment.

There was a sharp uptick in concert bookings and connections with local radio stations. He still remembers his first interaction with the old Jammin 95.5.

"The program director, he asked me 'Why is your name on the radio more than the DJs that work here and you don't work for us?'" says Jackson. "I said, 'That's a question you've got to answer.'"

He contributes a large portion of his success to the relationships he's built over the years.

"I've gotten a lot of business off of just doing good business and being a nice guy," he says. "In a lot of ways, the community has invested back in me."

One example is when Jackson helped put together a mix for a young lady on the Benson High School dance team. He found out the girl's father was related to a producer for BET. The father made a call without Jackson knowing, and the next thing Jackson knew, he was on the celebrated show, "Rap City..The Basement hosted by Tigga."

Now the O.G. One brand includes his role as the official DJ of the Portland Trailblazers, a headphone deal with Sol Republic, a growing partnership with Nike (they developed exclusive O.G. One shoes), being part of the Brand Jordan family, Official Football team DJ for the Portland State Vikings, and a show schedule that would be exhausting for some just to look at.

The spoils of these partnerships also give Jackson another tool in his outreach.

"I'm able to use the gear, the flashiness, to be able to speak to kids," he says. "'Now you see, O.G. One has all these things and you like it. You think that's the swag. But let me tell you how I got it.' Because that's going to speak louder to kids than someone just lecturing them about just being a good person and being a responsible citizen."

In 2011, Jackson decided to go back to school for personal reasons and as part of an effort to reach a broader audience.

As part of the EAA situation, his mother took him out of school in seventh grade.

"I graduated a lot of kids but I hadn't finished school," says Jackson. "Though I had a legitimate excuse, I didn't want that to be an excuse." 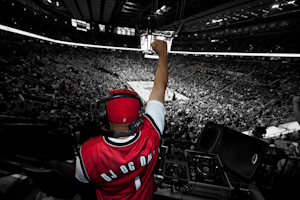 He got his GED in 2012 and now he's pursuing a degree in general studies. His classes include everything from psychology to mass communication to writing.

Ultimately, the goal is to expand the O.G. One brand so he can support the community without necessarily being attached to one organization. He wants to avoid the ironically territorial landscape that can arise in community work.

"When you're attached to one organization people will become possessive," says Jackson. "Unfortunately, it's kind of like how gangs act."

"The Man Behind the Music" is now available on e-book. There will be a release party at Quartet on Sep. 12 from 6 p.m. to 8 p.m. For more information about Jackson, go to his official site.