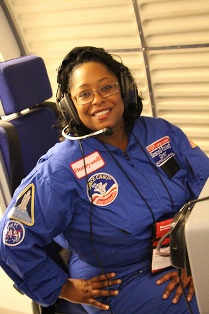 It's been a busy summer for LaShawn Lee, principal of Faubion K-8 school. The educator recently returned from a service learning tour in South America and spent 10 days before that doing hands-on training at the Honeywell Space Academy.

"We're always telling our kids you're going to learn forever," she says. "This is my way of proving that it's imperative to continue to learn because I brought so much back in my mind, my body and soul. Every teacher should have the opportunity to participate in fun filled professional development activities."

As Faubion continues to adjust to budget cuts, Lee's experience at the space academy could be particularly important in stimulating students' interest in science and math. She plans to bring her experiences, learning materials and other tools back to Faubion for the upcoming school year.

Growing up in Rock Hill, S.C., Lee was always interested in space. However, she vividly remembers her peers laughing when she told her fourth grade class that she wanted to be an astronaut.

Lee carried the burden of proving them wrong with her for life.

Two years ago, she had the opportunity to participate in a microgravity university in Houston. After joining a team of teachers and developing a proposal and a science experiment the team won an exclusive scholarship. They conducted their experiment on a microgravity jet with astronauts on board.

When the opportunity to participate in the Honeywell Space Academy in Huntsville, Ala. arose, she jumped at the chance.

The experience included meeting astronauts, networking with other teachers, experiments, and land and water survival training.

One such experience placed the teachers in a simulated helicopter crash. Their helicopter was literally dunked into a lake and submerged near the bottom. The teachers had to evacuate and swim to the top.

"That was scary but I really enjoyed that," says Lee.

She says Honeywell gave the teachers so much material that she had to buy an extra suitcase for the trip back. 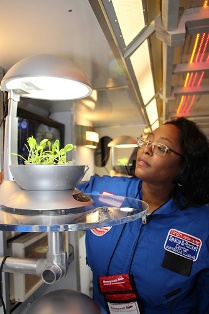 In addition to sharing materials with teachers and staff, she also plans to have a community event in the spring based on her favorite lesson, building rockets out of cardboard. She would receive a discount on materials because of her attendance at the space academy.

Lee hopes having a role model for hands-on math and science learning will help her students. She was the only person of color in her space academy group.

"I was there to represent those children because that's who you don't see," says Lee. "Our kids, because they don't have those role models there, when they turn on the television and see astronauts, they don't see themselves at all."

Although Americans of color were spread thin at the academy, she says people from India and China were well represented.

There has been increased attention on science, technology, engineering and math, or STEM, education in recent years as reports have suggested the U.S. is lagging behind other countries in math and science.

HB 2636, which appropriates money for STEM grants to fund programs in school districts, community colleges and public universities, passed in the Oregon Legislature in July.

Lee says there have been struggles in meeting the needs of students of color in math and science and hopes additional resources will help.

In the 2011-12 school year, Faubion had a target of 70 percent of students meeting math standards, according to the Oregon Department of Education, or ODE (Click here to access school district report cards). 50.68 percent of all students met standards that year compared to 40.63 percent of Black students.

It was the first year those groups didn't meet math standards during the time the school began serving students up through eighth grade.

In the 2010-11 school year, Faubion expanded to serve preschool. 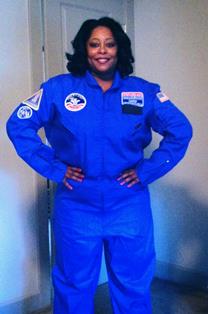 That was the first year the school didn't meet adequate yearly progress, or AYP, designations since ODE began keeping track of AYP. According to the Oregon Department of Education, the only group in the school that didn't meet standards that year was limited English proficient students.

There are tons of scholarships and resources available to give children access to hands-on learning camps, says Lee. She plans to spread the word and pass on this information, as well as learning materials from the space academy, to her teachers.

Exciting lesson plans could be the difference in engaging students, she suggests. That is what she hopes to achieve with ideas like the spring rocket activity.

"Imagine just to be able to work hands on with talking about a rocket," says Lee. "Talking about the components of a rocket. Talking about how a rocket goes up one way and falls down. This would make a typical child—that would excite them and make them want to be a part of it. You never know, that child might become the next astronaut because of an exciting rocket lesson."