If it passes, a bill requiring cities to tie Drug Free Zone exclusions to a conviction could calm anger over the city's controversial policy to clean up major drug corridors.
"In this country you are innocent until proven guilty," said Rep. Chip Shields, D-N./N.E. Portland, a co-sponsor of the bill. "In the end we will be increasing public safety by encouraging convictions instead of simply excluding someone (from the zones)."
Under current rules, people arrested for a drug-related crime – and, in the past, even suspected of dealing drugs — can be excluded from large geographic areas known as "drug free zones." In Portland there are three such zones – the "north zone" covering a swath of land in inner North and Northeast Portland; the "central zone," which encompasses the bulk of downtown Portland; and another stretch along the entirety of 82nd Avenue. 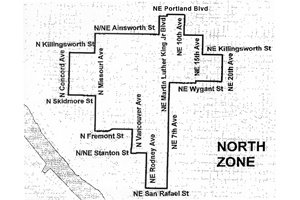 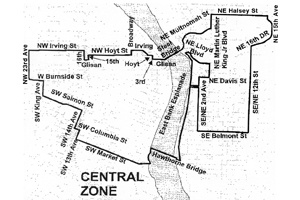 Fifteen years ago, when Portland created its first Drug Free Zone, things were different. Many areas of the city were havens for open-air drug markets where even Multnomah County District Attorney Michael Schrunk was once asked if he wanted to buy drugs.
But after years of legal challenges and complaints by some members of the community – including some in the Black community – lawmakers are starting to rethink the effectiveness and fairness of such exclusion zones.
A set of newly released numbers shows that a disproportionately high number of African Americans are being given exclusions in all three of Portland's drug free zones.
From Sept. 1, 2006 to Jan. 31, 2007, 65 percent of Blacks arrested in the zones for drug crimes were given exclusion orders, while only 52 percent of Whites, 45 percent of Latinos and 22 percent of Asians were given exclusions. Eligible drug crimes do not include possession of less than an ounce of marijuana.
Now, Oregon Sens. Margaret Carter, D-N. Portland and Avel Gordly, I-N.E./S.E. Portland, along with Rep. Shields and others, have sponsored a bill that would require cities to tie a geographic exclusion order to a drug-related conviction instead of an arrest, or mere suspicion of a crime.
The legislators say tying the zones to convictions will add an additional layer of oversight and prevent a punishment before a suspect has gone to court.
Once an individual is given such an exclusion, which is up to the officer's discretion, they can be charged with criminal trespass and violation of an exclusion zone if police find them walking or driving inside the boundaries of the zone.
If a person lives, works or seeks social services inside the zone, they are automatically given a variance. Appeals can be made, but opponents say the process is complex.
A hearings officer and a newly formed oversight committee currently oversee the violations.
"We might not be in this situation if the oversight committee was created a year ago," Shields said. "Efforts to improve the zones are not moving forward in good faith."

Opponents of SB642 say the bill would reduce the effectiveness of the zones – a needed and effective tool to rid areas of drug activity.
Testifying last week before the state Senate Judiciary Committee on SB 642, Police Chief Rosie Sizer said the bill would reduce the police's ability to respond to street drinking, drug dealing and a variety of antisocial behaviors in public parks. But Sizer also admitted that the new report on the preponderance of minorities excluded from the zones holds true.
"Minorities are over-represented in drug arrests and exclusions, probably because of a lack of opportunities in society and privileges that middle class Caucasians hold," Sizer said.
Jim Hayden, the North/Northeast neighborhood district attorney who has been an architect of the zones since the mid-1990s, defended them as being an essential tool for law enforcement.
"They are seizing any adverse statistics and claiming racism," he said. "The people proposing this are all about destroying the Drug Free Zones."
He said the higher proportion of African American exclusions is troubling, but worries that lawmakers in Salem are jumping to conclusions when reading the statistics, and suggests other factors could influence the higher exclusion rates.
"It is being enforced lawfully and constitutionally," Hayden said.
But County Commissioner Jeff Cogen disagrees. The ex-lawyer and former aid to City Commissioner Dan Saltzman said he isn't convinced that a higher court wouldn't find the law to be unconstitutional. Before the judiciary committee, he said the law is a way to punish people without having to convict them of any crime.

A matter of race or economics?

When renewing the drug free zone ordinance last year, Mayor Tom Potter required police to give exclusion orders based on arrest, instead of mere suspicion of a crime.
Maria Rubio, public safety and security director for the mayor, said she is confident that the new safeguards will help weed out abuse – attorneys from the city auditor's office review every exclusion for probable cause; exclusions can only be issued after an arrest; the oversight committee monitors the effectiveness and fairness of the zones; and variances for work, doctor's visits and social services are automatically given.
But Rubio also is concerned that the policy is hitting minority drug sellers and users harder than their White counterparts.
"Much like the traffic stop data, it's disconcerting," she said referring to data that indicated the Portland Police stop minority drivers at a higher rate than Whites. "It's something we need to do something about."
Rubio contends that the problem is more about economics than race. Upper-income drug users tend to do their drug-dealing behind closed doors, she says, and Whites tend to be cited for marijuana – not an excludable offense if it's less than one ounce — more often than for crack/cocaine, which are excludable offenses even in residual amounts.
But how effective are the zones in deterring drug activity? Not very, says one woman who was given an exclusion in 2001.
Harriet, a local African American woman who asked that her real name not be used, was excluded for suspicion of dealing drugs. Although she admits to selling crack/cocaine during that period, she was not arrested for the crime. The only effect the exclusion had on her activity was that of timing.
"It affected me getting downtown," she said. "I just wouldn't go in the area when I knew the officers (who knew me) were on duty. It didn't stop me from selling drugs."
Harriet was later arrested after her 90-day exclusion expired and spent a year in prison. She is in college now and says she no longer sells drugs.
Representatives of the business community are divided on the issue. Roy Jay, president of the African American Chamber of Commerce, supports the proposed changes to the law, and says he doesn't want to see areas of commerce suffer.
"We need to remove barriers to let people be productive citizens," he said. "Our agenda is citywide."
Bernie Bottomly, of the Portland Business Alliance, said his organization has found the exclusion zones to be an effective way create a safe and inviting streetscape in downtown. Many Downtown businesses tax themselves to create a private security force to help police deal with issues of chronic nuisances.
Lawmakers are not trying to change the requirements for exclusion from the city's Prostitution Free Zone. They also are not changing requirements for an exclusion from Tri-Met property, which does not require a conviction.
Shields said the fate of the SB642 is unclear. The bill is still in committee and legislators do not have a timeline for when they might vote on SB642.