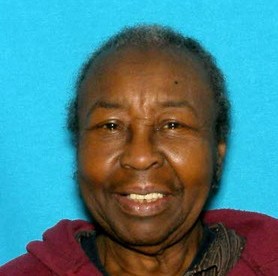 Editor's note: Ada Lee Little was located Wednesday at Southeast 82 Avenue and Duke and returned to her home. Portland Police want to thank all the folks who sent in tips to help locate Ms Little.

This bulletin just in from the Portland Police Bureau:

The Portland Police Bureau's Missing Persons Unit is asking for the public's help in locating a missing 79-year-old woman with dementia from her residence in Northeast Portland's King neighborhood.

Ada Lee Little was last seen at her residence in the 4800 block of Northeast Garfield Street last night at approximately 10:00 p.m. She was reported missing this morning at approximately 5:45 a.m.

Ada is described as 5'1" tall, 150 pounds, with salt and pepper-colored hair. Ada was last seen wearing jeans, a gray t-shirt, a tan sweater vest, and a multi-colored knit cap.

Ada is not known to use TriMet but frequently walks in in the area of Northeast Martin Luther King Jr. Boulevard, between Wygant and Ainsworth Streets.

The Multnomah County Sheriff's Office Search and Rescue (SAR) Team is assisting with a neighborhood search for Ada.