Selection for the 2007 Rose Festival princesses began March 5 at Central High School and wraps up March 23 at Wilson High. Pictured in this week's edition of The Portland Skanner are the princesses from Benson Polytechnic and Jefferson high schools. Look for winners from Roosevelt, Grant and Madison in upcoming issues of The Skanner. 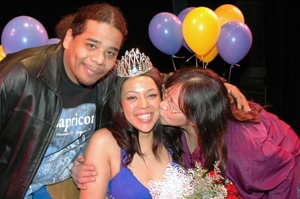 After a performance by the Jefferson Dancers on Thursday, March 8, Mercedes Whitecalf was crowned as the Rose Festival Princess for Jefferson High School. Here, Mercedes is congratulated by her brother, LaCroix Johnson-Whitecalf, left, and her mother, Zoey Whitecalf. 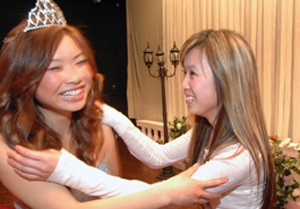