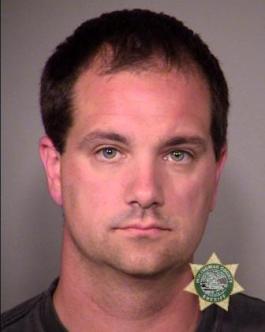 Police have arrested Jeffrey Neyle McAllister, 38, and charged him with rape and sexual assaults.  A Registered Nurse, McAllister worked in Legacy Emanuel Medical Center emergency room and was in contact with many women seeking urgent treatment.

Police say they began investigating after a patient came forward in April 2013, reporting inappropriate sexual contact in the Emanuel Hospital ER.  During the investigation, police learned of additional victims.

McAllister, has also worked as a nurse with St. Vincent Hospital (Providence) in Portland and Mid-Columbia Medical Center in The Dalles, Oregon.

Police say other people may have become victims and they ask anyone with information to come forward.

In addition, police say McAllister has worked in law enforcement and security. He was a Legacy Health System Security Officer  in 2004-2005, a Beaverton Police Officer  from 2002 to 2004, a Seaside Police Officer from 1996 to 2002, and a Reserve Officer for the Independence Police Department in 1997.