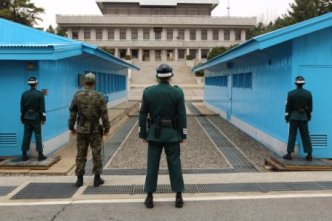 The American citizen sentenced to 15 years in a North Korean labor camp, has appealed to the Korean authorities for forgiveness and asked the United States for help in securing his release in an exclusive interview from prison obtained Wednesday by CNN.

Pae Jun Ho, known as Kenneth Bae by U.S. authorities, was found guilty in an April 30 trial of "hostile acts to bring down its government" and planning anti-North Korea religious activities, according to the North's state-run Korean Central News Agency (KCNA).

"Although my health is not good, I am being patient and coping well," Bae said. "And I hope that with the help of the North Korean government and the United States, I will be released soon."

In the interview footage, his head was shaved and his face noticeably thinner than the previous photos of the Korean-American. Bae wore a blue prison garment streaked with sweat and dirt that bore the number 103.

"I know what I did is not easily forgivable, but I hope that things will work out so that I can be with my family again soon," Bae continued.

The video was made by a pro-North Korean group based in Tokyo, Choson Sinbo, which interviewed Bae in prison recently. The interview is believed to be the first since Bae's sentencing about two months ago.

Choson Sinbo was permitted to conduct the interview by North Korea. The edited footage, which runs less than eight minutes, was made available to CNN.

The timing of the Bae interview comes after North Korea proposed high-level talks with the United States last month. Washington does not appear to be rushing towards talks, as it has previously stated that Pyongyang must take concrete steps to denuclearize as a pre-condition.

However, North Korea has stated before that Bae is not a "political bargaining chip" through KCNA.

The United States has called on the North to grant Bae amnesty, citing concerns about the lack of transparency in the North Korean legal system

"There is no greater priority for us than the welfare and safety of U.S. citizens abroad and we urge the DPRK authorities to grant Mr. Bae amnesty and immediate release," said Brent Byers, spokesperson at the U.S. Embassy in South Korea. He added that the Swedish embassy in Pyongyang, which represents U.S. interests there, has met with Bae six times since his arrest.

In the interview, Bae sat in a room next to a door and a radiator. He calmly described his current prison life as eight hours of farm labor -- which he had never done before -- with a break in the middle of the day and lunch. He was also filmed clearing the fields, wearing black gloves and a hat as a guard stood watch nearby.

When asked if prison life was bearable, Bae replied, "Yes, people here are very considerate. But my health is not in the best condition, so there are some difficulties. But, everyone here is considerate and generous, and we have doctors here, so I'm getting regular check-ups."

He spoke of health problems including diabetes, high blood pressure, fatty liver and a back problem.

Bae spoke stoically throughout the interview conducted in Korean. But his eyes welled with tears when he spoke about his father's upcoming 70th birthday on July 4 --- American Independence Day holiday.

"I was hoping that my problem would be worked out by end of June. So my hope is that North Korea will forgive, and the U.S. will try harder to get me out speedily. I'm asking for their help."

He paused and bowed his head, blinking back tears. As he tried to compose himself, he spoke between deep breaths.

"I am an only son.. my father, I really hope to go to congratulate him on his birthday."

Bae said he has had only had two phone calls with his family -- once before the trial and another after the trial.

North Korean media has detailed the reasons why Bae was sentenced. Among the list of alleged crimes was 1) setting up bases in China for the "purpose of toppling the DPRK government," 2) encouraging DPRK citizens to bring down its government and 3) conducting a "malignant smear campaign." KCNA added that Bae had planned what it called a "Jericho operation" to bring down North Korea through religious activities. It suggested that Bae could have been sentenced to death, but avoided it through "candid confession of his crimes."

Bae said in the interview that he refused a defense attorney in his trial because he had admitted to breaking North Korean laws in his preliminary hearings. "I admitted to the charges, so I thought that it wasn't really necessary to have a defense lawyer during the trial. I admitted to my crime, and apologized for it," he said.

KCNA said the Korean-American was arrested November 3 after arriving as a tourist in Rason City, a port in the northeastern corner of North Korea. It described Bae is being held at a "special prison," although there was little detail of what that entailed. The prison where Bae was interviewed was not disclosed by Choson Sinbu.

Bae is father to three children, according to his sister, Terri Chung. In a previous interview with CNN, she said that her brother is "a good man; he's not a spy. He has never had any evil intentions against North Korea, or any other country for that matter." She had said that he is the owner of a tour company and was in North Korea for work.

Bae graduated from the University of Oregon in 1992, according to a website created by his friends. In the Facebook page and a website called "Free Kenneth," friends describe him as a man who volunteered with disadvantaged students and liked helping people.

Former NBA star Dennis Rodman has even appealed to North Korea's leader Kim Jong Un asking him on Twitter to "do me a solid and cut Kenneth Bae loose."

Previous situations involving Americans arrested in North Korea have usually been resolved with a red-carpet appearance by a prominent former official.

In 2010, former President Jimmy Carter secured the release of Aijalon Mahli Gomes, a former English teacher who had been sentenced to eight years of hard labor for entering the North from China. In 2009, the North freed American journalists Laura Ling and Euna Lee to former President Bill Clinton. Ling and Lee had been arrested while reporting from the North Korean-Chinese border on charges of entering the country illegally to conduct a smear campaign and sentenced to 12 years in a labor camp.

Bae said he regretted that his parents are worried and in shock over his situation. "I know that my family is trying their best to try to help me, I know that they pray for me. I would like to plea for the help of the North Korean and United States governments."