The African Americans Reach and Teach Health Ministry, a host of churches and community organizations, will sponsor a forum on HIV/AIDS in observance of the second annual Women and Girls HIV/AIDS Awareness Day.
The free forum will be held from 3 to 6 p.m. Saturday, March 10 at the Langston Hughes Performance Center, 104 17th Ave. S. A buffet meal will be provided, as well as child care for children age 3 and older.
Women and teen girls will have an opportunity to experience "real talk" dialogue about HIV/AIDS and take action through culturally relevant discussions, music, dramatizations, HIV screenings and exhibits.
Personal testimonies will be shared, talks on respect for one's body, health behaviors, motherhood and HIV/AIDS, gender inequality, stigma caused by cultural norms and religious beliefs, sexual and domestic violence, social injustice issues caused by poverty and lack of access and more. A panel of health and community providers will come together to discuss the hard facts about the impact of HIV/AIDS among women of African descent. Panelists participating in this effort to raise awareness, increase dialogue and mobilize women to take action include Washington State Health Officer Dr. Maxine Hayes; Dr. Farah Cassis-Ghavami, clinical trials physician at the HIV Vaccine Trials Network; Edith Allen, disease intervention specialist at Harborview STD Clinic; Meti Duressa, social worker at Harborview Madison Clinic; Aaliyah Messiah, program director at People of Color Against AIDS Network; and Reverend Mary Diggs-Hobson, executive director of AARTH Ministry. 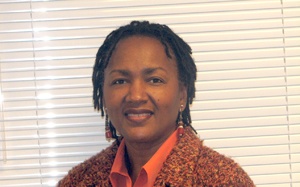 
HIV/AIDS is at a critical level among African Americans in this country and this is particularly true for Black women. According to the Center for Disease Control, in the United States, Black women represent 68 percent of all new HIV cases among women and Black teens represent 66 percent of all new cases among teens. Heterosexual transmission and injection drug use account for a greater share of infections among African American women. Perinatal infections continue to occur each year, the majority of which are among African Americans.
"Black women have always been at the forefront of bringing about change in our communities and must come forward now to help stop the spread of HIV/AIDS. While new infections continue to rise among people of color and African Americans in particular, one has to ask, 'Why aren't the numbers going down after a quarter of a century of fighting the disease? Why has there been such a growing increase among African American women and teen girls? Why has a disease that is preventable become a generational plague in this country?' "