By Helen Silvis of the Skannner News
Published: 27 June 2013 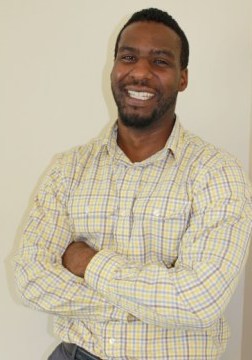 Second Chances are for Everyone is one of Portland's newest nonprofits. Founded by Emanuel Price, SCAFÉ –rhyme it with café– helps men into work and careers, by offering mentoring and practical support. Price says his goal is to help men who have been to prison overcome barriers to employment.

"A lot of people will hear that you have been incarcerated and they just discard you to the trash," Price said. "I saw how men I knew were facing barriers and having a hard time getting work. I really believe Second Chances are for Everyone, and this is what I'm trying to achieve with the help of the community."

Similar to Dress for Success, SCAFÉ is building up a store of work clothes so that men can look the part, when they apply and interview for jobs. And the nonprofit is building relationships with employers who are willing to consider hiring people whose resumes have gaps and blemishes.

Price said about 50 percent of employers are open-minded when approached directly. And while he understands why some employers hesitate to hire men with felony convictions, SCAFÉ 's mission is to show that people who have made mistakes and taken responsibility for them, can be mature, hardworking, and loyal. Former felons can be good people and great employees.

Employers who have opened their doors to SCAFÉ, include Shower Pan Man, Tualatin mechanic Jason Gildner, and New Seasons, as well as the nonprofit Constructing Hope.

Price said men hear about SCAFÉ from parole and probation officers, and other community connections. He also makes personal connections with prisoners through his volunteer work, educating inmates on how to prevent HIV and AIDS.

What inspired Price to go to bat for former felons?

Well for one thing, he knows exactly what it's like to battle the perception that a felony conviction means you can't be a good person.

In the summer before his senior year at Virginia Union University, he made a terrible mistake. Under the influence, he took part in a robbery with a group of friends who had embarked on a criminal path.

"I knew better; I came from a two-parent family; I had a religious upbringing," he said. "But I still wound up making the wrong decision. Alcohol and drugs played a part. I wouldn't have done it if I had been in my right mind. But I made a terrible decision that will affect me for my whole life."

Price never returned to the Historically Black College he'd grown to love, and the learning he treasured. Instead at age 20, he was sent to prison to serve four years, 10 months and 27 days.

"That was the worst experience of my life," he said. "I've done my time and I've served. So for me giving back and helping these guys is important because I know how hard it is. I know people will not take you seriously, and they will constantly brand you. They have concepts about what a person who goes to the penitentiary is. So I want to debunk that myth." 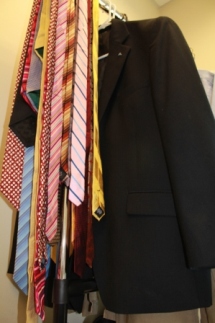 SCAFÉ officially won its 501C3 nonprofit designation last November, but for Price it's the culmination of 10 years of work.  He got his start at the House of Umoja, counseling youth leaving gangs. Now he works part-time with the Center for Intercultural Organizing, as a racial justice policy advocate; and part-time with psychologist Joy DeGruy's youth mentorship program.

"The nonprofit world really has opened its arms to me," he says. "That's where I feel most comfortable is in the nonprofit, social justice, equality movement, because we're all going for the same goal: that is the common good of all people."

An internship at Multnomah County, where Price worked with county chair Jeff Cogen and public safety administrator Roberta Phillip cemented his determination to form a nonprofit to help men facing the same barriers he faced.

"That really catapulted me to get serious about the social justice movement," he says. "That experience was one of the most valuable I've ever had. I just learned so much."

Today Price is a doting father to a two-year-old daughter – he calls her, "my little bundle of joy." But at 35, he is still playing catch up. He's still a year short of his bachelor's degree. Yet he is determined to make a difference.

His family taught him to think about others and give before taking, he said. His mother is so generous he remembers her feeding everyone, including homeless people. It was hard to feel that he had let them all down so badly. Giving back is a way to make amends, he said.

"I really wouldn't be able to sleep at night if I wasn't doing something for other people."

Attend SCAFÉ' s Coffee and Conversation, held from 10a.m. to noon every third Saturday at the office. Upcoming discussions include: July 20, Independence and Entrepreneurship; Aug. 17, Back to School drive.