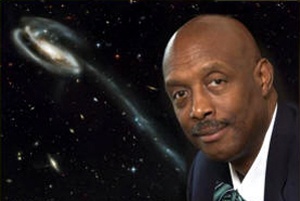 Dr. Warren Buck, chancellor emeritus of the University of Washington's Bothell campus, has been elected to the board of directors for Pacific Science Center.
"We are pleased to add Dr. Buck, an outstanding individual, to our already high-caliber board," said Bryce Seidl, president and CEO of Pacific Science Center. "His insights will be enormously valuable as we pursue a long-range plan to enhance our visitor experiences at Pacific Science Center."
From July 1999 to June 2005, Buck was chancellor of the University of Washington -Bothell, one of three University of Washington campuses. The University of Washington-Bothell is co-located on the same property with Cascadia Community College, the only such co-location in the state of Washington.
Prior to his joining the university, Buck was founding director of the predominately National Science Foundation-funded Nuclear/High Energy Physics Research Center of Excellence and Professor of Physics at Hampton University. Today, the original NuHEP Center faculty forms the leading edge of research groups in nuclear, medical and high-energy physics.
Buck is the recipient of the Quality Education for Minorities Mathematics, Science and Engineering Network 2001 Giants in Science award.
The national award recognized outstanding scientific accomplishments and mentoring that increases minority participation in science, technology, engineering and mathematics field.
While receiving his Ph.D degree in theoretical high-energy nuclear physics from the College of William and Mary, Buck was the founding president of the Black Student Organization and a National Science Foundation graduate student.
Buck is an internationally known theoretical physicist, a fellow and life member of the American Physical Society and former chair of its Committee on Education.
In addition, Buck is a founding and former board member of 4Culture, King County's cultural services agency. He is also a member of the Omicron Delta Kappa leadership fraternity.
In addition to Pacific Science Center, Dr. Buck has served on the board of directors of the Washington Technical Center, the United Way of King County, and on the William and Mary Society of the Alumni, Leadership Eastside and the Northshore and Bellevue Chambers of Commerce.
Buck also is an accomplished artist and yachtsman. He and his wife, Cate, have five children.