By Helen Silvis of The Skanner News
Published: 01 May 2013

After more than a year of study, Oregon's Public Safety Committee has made 19 recommendations to reduce rising prison costs. The result is HB 3194, which will soon be coming up for a vote in the Oregon Legislature.

The reforms would hold the prison population steady and save a projected $600 million over 10 years. They do that mostly by rewarding some inmates for good behavior with an early release; and by expanding intensive rehabilitation programs. Judges would gain some discretion in sentencing for three crimes. Corrections officers would have more options to deal with minor violations.

The reforms would only affect new prisoners and would not change any existing sentences. So no, Kip Kinkel, and everyone else already sentenced, won't qualify.  See the full breakdown of all 19 reforms.

Gov. Kitzhaber; Colette Peters, director of the Department  of Corrections; and former Chief Justice Paul Muniz support the reforms. So do many victims' advocates.   But prominent District Attorneys are protesting, saying Oregon's system is working and needs no changes. Even Portland's alternative weekly, Willamette Week, recently came out with an article echoing their message.
But when the myths about the prison system are busted, their argument falls flat. Here's why:

Myth 1:  Oregon's incarceration rate is already low. We don't need to reduce it.
If Oregon was a country it would be 22nd in the world for incarceration. Oregon's incarceration rate was 373 prisoners for every 100,000 people in 2009, according to the Department of Corrections. That puts Oregon on the same rung as Thailand, but far higher than Israel, Singapore, Poland, New Zealand, England, Spain, France –and you could keep going.  More than 200 countries have lower incarceration rates than Oregon.  So sure, if you only compare Oregon to the United States, which is number 1 in the world for its prisoner rate, then we're not doing so badly. But if you believe there is no reason why Oregon should be imprisoning five times as many people as Norway, Denmark and Switzerland, then maybe it makes sense to look at reform.

Will HB 3194 fix this?  The reforms aim to hold the prison population at current levels, and as Oregon's population is rising, that means its incarceration rate should fall.

Myth 2: Shorter sentences will lead to more crime.
Since 2,000, 17 states have lowered their incarceration rates and all have seen a drop in crime. Research suggests that allowing prisoners to earn earlier release can actually reduce the chance they will reoffend.  By saving a projected $600 million over the next decade, reforms would allow the state to continue to fund community corrections, drug and mental health courts and victims' services – some of the reasons why Oregon is doing better than other states.  All are set to be cut if prison costs continue to rise.
Helping victims of domestic violence is not just the right thing to do, it's one of the important crime prevention measures that saving money on prisons would benefit. Children exposed to violence are more likely to commit crimes themselves.
Will HB3194 shorten sentences? It would increase the amount of time some inmates-- not those serving mandatory minimums-- can "earn" from 20 percent to 30 percent, and expand an intensive rehabilitation program. See all 19 proposals

Myth 3. Oregon is only locking up dangerous criminals: 67 percent of the prison population stands convicted of a violent crime.
It's true that Oregon has done a better job than many other states in focusing on violent offenders. Psychopathic killers belong under lock and key. And so do the ugly collection of rapists, child molesters and thugs who are included in this 2010 statistic.
But the 67 percent figure also includes people who likely pose little, if any, continuing threat. All Measure 11 crimes are "person to person" and included in that violent crime statistic.
Take Robbery 2, for example. It's a violent crime, but it includes the teenagers who grab candy from a convenience store and push a customer over on their way out of the door. It includes people who have pretended to have a weapon, or have brandished a fake weapon. And it includes people involved in a crime, during which an accomplice acts violently—the getaway driver in a robbery where a weapon is used as a threat, for example.
Holding people accountable for their actions is important, but if public safety is the issue, these offenders are not equally violent.

Would HB 3194 fix this? It won't change the statistic. But it would allow judges some leeway in sentencing for three Measure 11 crimes: Robbery 2, Assault 2, and Sex Abuse 1, which can all vary widely in severity.  Judges could take into consideration a person's criminal history and the circumstances of the crime when dishing out sentences.


Myth 4. We don't need the reforms because incarceration rates are not growing as fast as predicted.
The most recent long-term forecast from the state Office of Economic Analysis projects the current population of 14,300 will swell to 16,239 within a decade. That's down 106 from the last long-term forecast, but not a divergence from the current trend. Oregon's incarceration rate grew three times faster than the national average in the last 10 years.  And a growing proportion of prisoners are there for nonviolent crimes.
Will HB 3194 fix this? That's what it's designed to do.

Myth 5. Oregon's juvenile justice system is a model for others to follow.
Oregon law ignores national and international recommendations on how to treat young offenders.  The UN Convention on the Rights of the Child sets this standard: "the detention of children should always be a measure of last resort and for the shortest appropriate period of time."

At age 15, more than half the teens in confidential studies report doing something against the law in the past year. Most do not go on to become habitual lawbreakers. Two in every three teens who commit crimes don't become adult criminals. 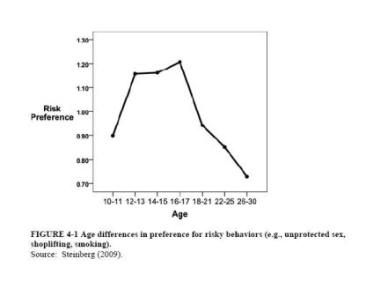 But teens incarcerated in large institutions alongside other offenders are less likely to mature out of criminal behavior.  Evidence-based treatment programs that work with families, and sometimes take place in community can be more effective than detention.

Yet half of Oregon's counties still routinely send teens to adult jails, because there are not enough juvenile detention beds in the state to house them. And when they are in adult jail they are locked up alone for up to 23 hours a day. Technically that is not considered solitary confinement, but it has a similar effect.

And a National Academy of Sciences report on juvenile justice released in October 2012 summarizes acres of research findings, saying youth offenders are not equivalent to adults and should not be treated as if they were adults. It says:

"The committee counsels against allowing the prosecutor to make the jurisdictional decision, as is allowed under direct-file statutes. The committee also opposes automatic transfer based solely on the offense with which the youth is charged because it fails to consider the maturity, needs, and circumstances of the individual offender or even his or her role in the offense or past criminal record--all of which should be considered in a transfer hearing. Similarly, mandatory sentences of confinement for young offenders should be avoided."

But Oregon automatically charges teens aged 15 and up as adults when they are accused of a Measure 11 crime. And even younger children have been charged and sentenced as adults.

Judges are not allowed to sentence on a case-by-case basis when teens are convicted as adults of Measure 11 crimes. They must impose the mandatory minimum for the conviction.

Teens are labeled with adult felonies, a barrier that affects their ability to become productive adults.

Will HB 3194 fix this? No. But it will help by allowing youth convicted under Measure 11 to see a judge when they have served half of their sentence and three-quarters of their sentence. If a judge decides they are truly rehabilitated, they can be sent to treatment, or released to community supervision. This only applies to new convictions.

VIDEO: The Legislature just passed HB3183 a partial fix to the issue of sending youth routinely to adult jails.

Myth 6. District Attorneys oppose criminal justice reform because they care about crime victims.
They may care about crime victims, but what Oregon's District Attorneys have failed to acknowledge is that they have a dog in this fight. Prosecutors want to keep the system as it is because they hold the power and they like it that way.
A 2004 study by the Rand Corporation on the impact of Measure 11 noted that during plea deals prosecutors use the threat of Measure 11 charges and mandatory minimum sentences to secure longer sentences for lesser crimes.
The study says:
"In shifting authority from the judge to the prosecutor, Measure 11 has altered courtroom dynamics significantly, so that the primary responsibility for sentencing decisions now rests with the prosecutor, an advocate for the state, rather than with the judge, a neutral arbiter of justice."
Prosecutors say they can be trusted to use discretion, pointing for example, to Oregon's low rate of incarceration for marijuana offenses. But plea bargains go on behind closed doors and with no transparency about how decisions are made.
Some crime victims do feel supported. Others say we're spending money on prisons that could be better used funding vital victim services, such as shelter beds for women and children fleeing domestic violence.
Will HB 3194 fix this?  It makes a small change in the balance of power toward judges and corrections staff.