By Helen Silvis of The Skanner News
Published: 01 May 2013 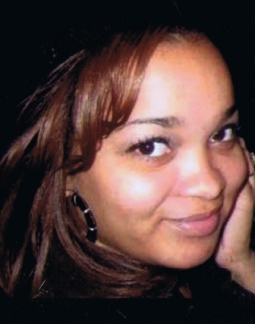 UPDATE: A memorial service and reception will be held from noon to 4 p.m. on Saturday, May 11 at Vancouver Avenue First Baptist Church, 3138 N. Vancouver Ave  Portland.
NOTE: The original venue was too small so this is a change.
Billie Dee Andrea Pugh, a 28-year-old mother of three, died in East Portland, April 28 at 12:45 a.m. in a two-car crash. For the last four years, Billie worked at Fred Meyers store on North Interstate Avenue. She was attending Portland Community College studying to become a nurse.

Brandon Pugh, Billie's husband, was driving their car and was injured in the crash.  Billie died at the crash scene. Portland police arrested the other car's driver, LaShai Antoinette Williams, 20, on charges of Manslaughter in the Second Degree, Driving Under the Influence of Intoxicants and Reckless Driving. Williams was arraigned Monday.

Brandon Pugh was injured and treated in hospital, then released.

"He's not doing very well," said Bill McCullough, Billie's father. "But he has a lot of people around him, helping him."

An off-duty police officer, Sarah Kerwin, was on her way home and witnessed the crash. She told traffic investigators that she saw a beige Buick driving westbound on Southeast Stark without its lights on.  She believed the Buick ran a red light and crashed into Brandon Pugh's Mercury Sable, which was turning north onto 122nd Avenue with a green light.

Kerwin told investigators Williams was trying to leave the scene of the crash, so she arrested her. Williams failed a field sobriety test, and police thought she was under the influence.

Billie Pugh was born Sept.17, 1984 in San Jose Calif., the daughter of Lora and Bill McCullough. She leaves behind a grieving family: her husband Brandon Paul Pugh; her three children: Rejanii Andrea Potmeyer, 11; Brandon Paul Pugh Jr., 6; Noelle Lora Dee Pugh, 16 months; her parents; her brother Sebastian McCullough, 24; and her sister Angelicia McCullough, 23, along with many friends.
VENUE CHANGE: The original venue was too small so the memorial service and reception will be held from noon to 4 p.m. on Saturday, May 11 at Vancouver Avenue First Baptist Church, 3138 N. Vancouver Ave  Portland.