Video: Catch the Premiere of Project Viewfinder 2013 Wednesday May 1

By Helen Silvis of The Skanner News
Published: 29 April 2013 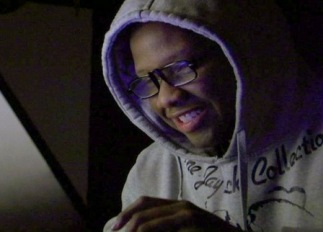 When you're homeless, it can be hard to even imagine a successful future. But a film premiere screening of Project Viewfinder 2013 shows how street youth can tell their stories, and at the same time find new hope and purpose.

"I fell in love with filmmaking the moment I learned how to use the camera," says David Boston, one of a group of homeless youth chosen to film his story for Project Viewfinder 2013. "This whole experience has given me a huge, huge sense of accomplishment. That's the greatest feeling I have ever felt."

For the last four months, Boston has been working hard to learn the art and craft of filmmaking, through Project Viewfinder. The program brought a small group of homeless youth to the NW Film Center three times a week for classes.  The film they made will have its premiere screening 6 p.m. Wednesday, May 1, at the Portland Art Museum. Boston and other young filmmakers will be at the screening to discuss their work. Admission is free.

Each of the student filmmakers was mentored by film center staff, including Hazel Malone, who went through Project Viewfinder 10 years ago when she was a homeless teen. Today Malone is a working adult pursuing her dream of working in film. She's also living proof that homeless teens can leave the streets behind and become successful.

Having mentors who believe they can rise out of homelessness means a lot, says John Pinney, another Project Viewfinder student. 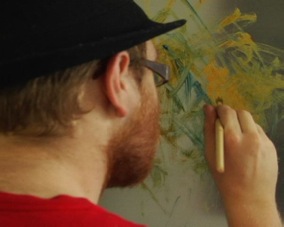 "The worst part of being homeless was not the fact that I lived out of a sleeping bag, he says. "It was because I felt so alone. So to be trusted with the cameras, to be treated like scholarship recipients, to come to the North West Film Center and be a student: it feels fantastic, like a dream. My life has done a 180 turnaround.

"I don't feel homeless, so it's almost shocking when I have to lie down on a sidewalk at night."

Pinney says he has learned to be confident in his new skills.

"When I started out I was afraid that if I pressed the wrong button I'd break the camera," he says.  "Now, something that would have taken me half an hour to set up, I can do in 10 minutes, and find my shot."

David Boston says being part of Project Viewfinder has left him determined to do whatever it takes to reach his goal of becoming a director.

"I knew I wanted to be a director, but I'd never been given the opportunity to direct," he says. When you're out on the streets you're vulnerable to everything. They gave me hope and something to look forward to. "I know now that the sky's the limit.

"It's just an incredible feeling and when the premiere gets here I'm going to be overwhelmed with joy."