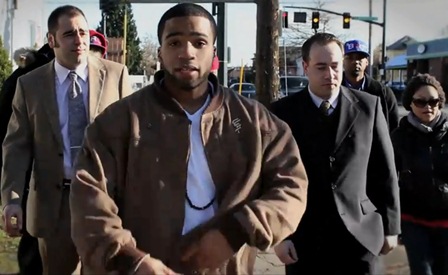 Luck-One gets a lot of questions about his lyrics. Instead of complaining about people not understanding, he wants to share critical thinking tools and promote literacy through the Luck-One Book Club.

"A lot of times, rappers exhort their following to do drugs or be in a gang but I never really heard of a rapper having a book club," he says. "I felt like it was an appropriate and much needed avenue to get across to you that it's not just about the music. The things I talk about are real.

"Democracy is contingent on the populace being educated people. If the people in a democracy aren't educated then it just turns into tyranny because the people have to demand a government that is representative of their desires."

The local emcee is using social media as the platform for this new effort. People interested in the club can connect with Luck-One on his Facebook, where he'll be conducting discussions. He will also post thoughts on twitter.

According to the Pew Research Center's study "The State of the News Media 2013," Black people in particular have had to rely upon online sources, especially social media, for information because of the recession and a decline in Black media outlets across the board; 69 percent of Black people are on Facebook and 26 percent are on Twitter, which are three and ten percent above the general population, respectively.

Luck-One says that technology is never benign and he wants to use the marketing tool of Facebook to expand people's minds.

"There's a lot of functional illiteracy," he says. "I learned how to pick a lock, speak Spanish, read Arabic. I learned a lot of stuff in a book. Literature allows you to experience things, have empathy for things that you could never experience.

"A lot of people don't read habitually. Habitually, you check your Facebook. You eat a candy bar. Culture is formed around rituals. Our cultural is formed around a bunch of rituals that basically pertain to consumption, the grand motivator." 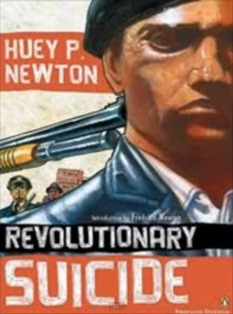 Ironically, the first selection for the club is "Revolutionary Suicide" by Huey P. Newton, who graduated high school despite being illiterate. He taught himself how to read later and earned a Ph.D. in social science. Newton would go on to found the Black Panther Party for Self Defense with Bobby Seale.

Luck-One chose Newton because of his level of critical thinking. Specifically, he says he was attracted to the idea of revolutionary versus reactionary that Newton lays out in the book. Essentially, Newton equates "revolutionary" with being pro-active and self-sufficient while "reactionary" amounts to sticking to outdated solutions and responding to oppression with temporary fixes.

Reading, according to Luck-One, is a form of pro-active expression. It gives people the tools to think critically, expand on existing ideas and find new solutions to today's problems. He uses the hip-hop industry as an example of how reading plays into the revolutionary/reactionary dynamic.

"I can always tell the difference between rappers that have done the reading as opposed to the ones that are just repeating the rhetoric," says Luck-One. "Growing up, we listened to Gza, Ras Kass, Poor Righteous Teachers, Dead Prez. They were talking about really intelligent stuff. Literature. Chess.

"There are a few today. Lupe. Immortal Technique. A lot of rappers of today, they're not doing any studying. That's what I like about Lupe. He's got a thesis statement, body, conclusion. He's not just trying to fit the mold of a conscious rapper. Some of these rappers are just regurgitating the rhetoric of barbershop conversations of yesteryear. They're just phrase mongering."

Luck-One says reading is also essential to rapping, from a technical standpoint. Specifically, it improves vocabulary and syntax. In 10th grade, one of his teachers told him that in order to be a better writer, he needed to be a better reader. That advice has stuck with him to this day. Whenever he has writer's block, he says he reads a book and it gives him an album's worth of material.

"When you begin to read things that are challenging, it's like an exercise," he says. "If I'm a basketball player, I'm going to run lines. If I'm a rapper and all I'm doing is putting words together, I've got to have a really good understanding of the language I'm using because at the end of the day, I'm a writer before I'm a rapper."

For more information on the Luck-One Book Club and new music, connect on Facebook and Twitter @LuckOne.