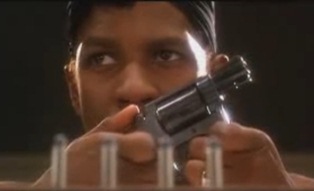 In the midst of heated gun control debate on Capitol Hill, Florida Atlantic University researchers say one startling statistic is going unnoticed. Homicide is the number one killer of young Black men.

In fact, he says that homicides among Black men ages 15 to 24 accounted for more deaths than unintentional injuries, suicide, cancer, HIV and other diseases combined. In a recent commentary in the American Journal of Medicine, entitled "A New American Tragedy," Hennekens asserts that there needs to be more research on this disparity.

"Our main message is to try to get researchers and policymakers to understand that this is a huge public health problem that hasn't been explored," he says.

Organizations within the Black community have been discussing this for years but the conversation rarely gets mainstream attention. The Malcolm X Grassroots Movement published a report last year, stating Black people are the victims of extrajudicial murders every 40 hours (it was recently updated to 36), following the killing of teenager Trayvon Martin.

In terms of Black on Black homicide rates, many link this phenomenon with the Willie Lynch Letter, which dates back to slavery and instructs slave masters to create distrust amongst slaves in order to control their minds.  During a 2001 interview on BET, former Los Angeles gang member and author Sanyika Shakur described this self-hatred as a sickness in the community.

Hennekens points to firearms related deaths for specific examination. Citing data from the publically available Centers for Disease Control and Prevention database, he says it's not just a problem for young Black men. The overall rates of homicide in the U.S. are seven times higher than they are in other developed countries and the rates from firearms are 20 times higher. Even in the young age groups, the mortality rates from firearms are 43 times higher, says Hennekens.

"We want to optimize the health of the public, we want to look at the existing evidence and do the research necessary to test the questions and weigh that in view of the constitutional right of individuals to bear arms."

Hennekens says he's glad that academic medical research will play a role in the national plan to reduce mortality from firearms. Medical centers should be a central part of the research to prevent these occurrences, instead of just being the institutions that delivery of care, he says.