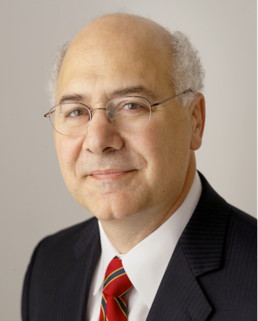 Will the federal government raise the national minimum wage and tie it to the rate of inflation? Oregon's Labor Commissioner Brad Avakian earlier this month told a U.S. Senate subcommittee that the state's 10-year experience has bolstered the economy and helped small businesses.

Currently the federal minimum wage is just $7.25 per hour; it hasn't been raised since 2009. Advocates for a higher minimum wage – including President Barack Obama -- say it directly reduces the growing income inequality in the United States.

The Obama Administration is floating the Fair Minimum Wage Act of 2013, a proposal to raise the federal minimum wage to $9 an hour in the next two years, which they estimate would put more money in the pockets of some 15 million workers.

Republicans in Congress counter that the move is bad for business.

The Skanner News spoke with Avakian recently about Oregon's minimum wage experience and what it could mean for the nation if Congress passes it into law.

The Skanner News: Commissioner Avakian, what were you doing inside the Beltway?

Bard Avakian: I was just in Washington DC where I testified before Sen. Harkins' labor committee (the Senate Committee on Health, Education, Labor and Pensions) about their effort to connect the minimum wage to the consumer price index. It's something that Oregon did back in 2002 by voter initiative. [Read Avakian's testimony to the Senate committee here, (PDF)]

I think that it would extend to the country the benefits that Oregon has seen, it allows the lowest wage earners to keep pace with the rise of inflation so that they can continue purchasing things as the costs increase, and small businesses in particular, it will allow them to continue selling to a wide variety of folks with purchasing power.

TSN: The criticism that people have is that a high minimum wage hurts small businesses – how do you respond to that?

Avakian: There are businesses that make that claim, it just hasn't been proven true in Oregon. In 2003 when we started indexing to the consumer price index, we had 79,000 small businesses in Oregon; today we have 88,000 and we've proven that we can continue to keep our lowest wage earners earning enough money so that they can continue purchasing local goods. So I just don't think that those claims have any merit when you see what's happened in Oregon.

TSN: You must have experienced some pushback from Republicans in the Senate.

Avakian: Sen. Harkin has patterned his bill in many ways on Oregon's example. People in DC have paid attention to Oregon's success in tying it to the consumer price index and they invited us to come and tell our story.

The interesting thing that comes up from the other side is, this is going to take away the jobs of young people. That's another myth; 60 percent of the jobs that have been lost nationally are middle class jobs, the lower wage jobs are expanding and it's very clear that those low wage earners are now mostly women and minorities of all ages, it's not just entry-level positions for young people.

TSN: Can you dig into that a little bit? Because what you are talking about is raising the minimum wage at a time when most of the jobs being created nationally are minimum wage jobs in the service industry.

Avakian: There's two different dynamics going on there. You want your lowest wage earners at least the keep up with inflation so they can manage the cost of living increases. That doesn't mean we want to see more low-wage jobs. We want to be able to keep our middle class jobs, but those are two different dynamics that are going on that are not necessarily related to each other.

What's happening is – the recession hurts businesses and they have to decrease jobs. What they're doing is they're getting rid of their higher paying jobs, their middle income bracket jobs. And hanging on to the lower wage jobs because of the lower cost of the business. It's not a healthy thing for the economy but it's a lower cost of business.

TSN: What responsibility do you feel the business sector has for helping to bootstrap up people that are falling through the cracks right now? Because in Oregon – some people think we're the Arkansas of the West Coast, we have real poverty here. Whose responsibility is it?

Avakian: Let's not say boot strap, let's look at it as a smart economic situation. You're a business owner, you have a few minimum wage workers. You might have to pay them another – like we did in Oregon last year – 15 cents an hour in order to keep up with the rising minimum wage. So we have 127,000 minimum wage workers in Oregon. And so by statewide raising of the wage, you've all the sudden pumped $23 million through 127,000 workers back into the economy. And the minimum wage workers are not investing that money into 401Ks and mutual funds – they spend just about every dime of it on goods and services. And so the small business that's looking at the minimum wage increase ought to be thinking in terms of the increase in revenue that they're going to experience.

I'm not sure I see it as bootstrapping up the workers as I do keeping a balance on the revenues that especially small businesses can get by that purchasing power.

TSN: What is the most important thing for taxpayers and everyday people to know about the minimum wage issue and the need for people to make a living wage?

Avakian: Well, the minimum wage is not a living wage and none of the proposals make it that. A living wage is the ability to take care of a family, save for retirement, save for education and health care.

Every minimum wage in the country, including Oregon's, is below the federal poverty level. So we must think of the living wage only in terms of basic sustenance. So when we talk about raising the minimum wage, you know it isn't just smart economic policy so people have purchasing power to support businesses, it's also a matter of basic fairness. How can we tell folks that we're not only going to keep them at a poverty level wage but we're going to keep them at the lowest level of poverty that we can? That's not the kind of society I want.

TSN: Is there something that people can do in their communities around this issue?

Avakian: Certainly, this is an issue that is going to be taken up in a big way at the federal level and people should stay in touch with their representatives in D.C. on what they think should be done. And the discussion is about how much we should start – should it be $7, $8, $9, $10 an hour – but also what I think is the first piece, and that is to tie it to the consumer price index, so whatever rate you start at it at least keeps up with the rate of inflation.