by Helen Silvis of The Skanner News
Published: 14 March 2013

Mayor Hales has decided not to look for cuts to the City of Portland's summer youth internship program. In January, Hales announced he wanted to cut $400,000 from the city budget by axing the internships and Summer Youth Connect, which worked with 10 graders. The reason? The city faces a $25 million budget shortfall.
Now, the mayor is proposing to keep all 97 city internships at a cost of $194,000.
At least for this year.

"The goal is to do good, but to do it well," Hales said in a statement. "We cannot fund great and ongoing programs with 1-time funds."

At the same time, other government and private employers have signed up with the program. The Department of Human Services plans to fund 90 interns, paying them through the Temporary Assistance for Needy Families program. Those youth will come from families in poverty who are eligible for government cash assistance. TriMet, currently in the news for its labor-management money battles, has agreed to fund 30 interns. And the Port of Portland will fund 9.

"First of all we are really appreciative and excited to because we think it is a wise and much needed investment," says Andrew McGough director of Worksystems, which helps youth facing barriers to employment year round. "We're eager to get busy and get the kids connected to these opportunities."

Worksystems has set a goal of 1,000 internships this summer aimed for youth aged 16-21. They are asking businesses to step up along with government. A few have: Boeing Industries, Jurva Martin Attorneys and Abacus Energy systems to name just three. 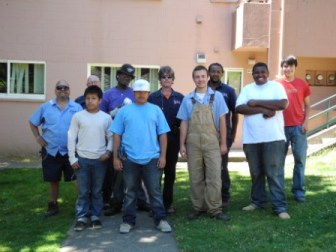 Hales staff say his intention is to find long-term support for internships, instead of funding the program out of the City's general fund. They say they are exploring options, but how that can be achieved is unclear. Commissioner Loretta Smith, McGough, the mayor's policy director Josh Alpert and other Worksystems board members have been working behind the scenes to show employers why the program ultimately will benefit them.

What's the economic argument for internships? As the youth become valuable employees they also become taxpayers and consumers, contributing to growing our regional economy.

So far 341 internships have been confirmed. And with the city's recommitment that number rises to 438. And another 134 placements are looking good to go.

"We chose 1,000 because it is a nice round number, and we think it is achievable," McGough said. "But it's not nearly enough. If we had 50,000 internships we could fill them all."

The first group in line for the internships are young people in eight alternative high schools. Those youth, many of them with more than one challenge in their life, are at most risk of school failure and the negative outcomes that often brings: lifelong poverty, and criminal convictions, to name just two. Worksystems works with those youth year round.  Next in line are youth served by organizations that help low-income students and students who face challenges such as: disability, parenting, and family problems. 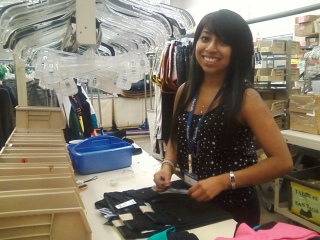 At least 17,000 youth in Multnomah County meet the criteria for the current Worksystems internships, McGough says. That means that they all are from low-income families, and also face other barriers to success.

McGough says the program is needed to prepare the workforce of the future. He believes every high school student should have some kind of work experience. And Commissioner Smith says, in her experience, the interns do valuable work.

Hales still wants to cut funds for the Summer Youth Connect program. But since City Council passed it last year as part of the budget, a new vote may be needed to axe it. Whether Commissioners Fritz, Saltzman, Fish and Novick will agree to do that remains to be seen.

This article was updated Friday May 15.