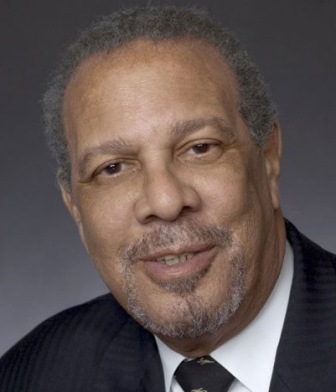 The cause of death has not been reported, but McIver survived a heart attack while in office in 1998, and underwent surgery for prostate cancer in 2000. More recently he survived a stroke.

He was born on June 14, 1941 to Mildred Artis-McIver and William McIver, II, and attended Horace Mann Elementary School.

McIver graduated from James A. Garfield High School, and earned a BA in Community Development, with major emphasis in finance and urban planning, from Western Washington University, Fairhaven College in Bellingham. There he was given the "Distinguished Alumnus" honor in 2003.

"Richard was warm, funny, well-loved and dedicated to his city," Mayor Mike McGinn said in a statement on Sunday. "My thoughts are with his family and his friends. He will be missed."

McIver was both beloved and at times reviled. Although he was re-elected three times after being appointed to office in 1997, many bios published since his death focus on his two biggest scandals while in office: an alleged ethics violation in 2008 and a controversial 2007 domestic violence incident in which his wife first called 9-1-1 then called back a few minutes later to try dissuading officers from responding; in that case he was arrested but all charges were dropped.

The two incidents marred a long and storied career in politics which saw the Seattle native champion the rights of at-risk communities in areas ranging from gentrification to police accountability, affordable housing and transportation equity.

But it was another memorable incident that cemented McIver's name for people outside Seattle.

During the 1999 public protests against the World Trade Organization, McIver was pulled from his car, spread-eagled and frisked by Seattle police -- and almost arrested -- before officers recognized him and let him attend the WTO-related event he had tried to enter.

Current City Commissioner Jean Godden, who describes McIver as her mentor, spoke to the Seattle Times about the incident this week.

"He said he was a city councilman, and the policeman didn't believe him and made him spread-eagle against the car. He never forgot that, not so much because of the indignity to him, but that others did not believe an African American might be a city councilmember," Godden told the Times.

McIver was appointed to the Council in 1997 after the previous commissioner quit; McIver won election to the post later that year, was elected again and ultimately served until retiring in 2009.

At the time of his appointment to the Council, McIver had served as executive director of the Washington Association of Community Economic Development; he had also worked as development director for the Tacoma Housing Authority.

Proudly a fifth-generation Seattleite and known for his "laid-back" style, McIver was also known for speaking his mind and breaking with political traditions – even to the point of becoming friends with his elections rival in 2001, Grant Cogswell, driving him to the polls, then partying with him on Election Night.

In fact a film of Cogswell's election campaign, "Grassroots," premiered last year at the Seattle Film Festival – and featured Cedric the Entertainer as McIver.

A major force in creation of the Rainier Valley Community Development Fund – established in 2002 to help small businesses in the path of light-rail construction and mandated as a part of the federal government's funding for the transportation project – McIver served as the organization's interim executive director in 2010 after a scandal forced out the previous director.

Richard J. McIver was first appointed to fill a vacancy on the Seattle City Council in early 1997 and was subsequently reelected to three full four-year terms in 1997, 2001, and 2005.

He is survived by his wife, Marlaina Kiner-McIver; a daughter and a grandson.