Time to Speak Out: City of Portland Is Holding Public Budget Hearings

By Helen Silvis of The Skanner News
Published: 07 March 2013 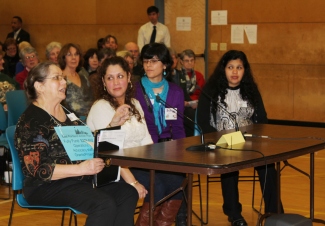 A public hearing on the city budget was held March 6 at the Immigrant and Refugee Community Organization in East Portland. Speakers urged the council not to cut support for the East Portland Action Plan, including early childhood education and a family resource center at Earl Boyles Elementary; and sidewalks on N.E. 136th Avenue, where Morgan Maynard-Cook, 5, was killed last week crossing the road.

Speakers also urged commissioners to support IRCOs elders  and youth programs. Djimi Dongo of Africa House got a standing ovation when he said that the city must pay attention to the crisis facing youth from African immigrant families. 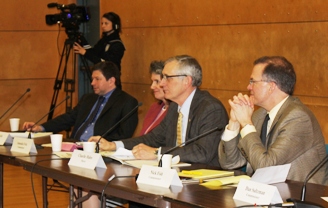 Superintendent, Don Grotting and representatives of the East Portland Plan also asked the council to continue full support for their efforts. The plan currently receives almost $280,000.  Parents from Earl Boyle elementary, some using interpreters, said their children were ready for kindergarten because of the pre-k program.

Others told the commissioners of the value of the Portland Parks' elders hiking program and Resolutions Northwest, the mediation program that works with neighbors, city bureaus and schools to resolve conflicts.

City Commissioners had also requested suggestions of what they should cut to fill the budget shortfall, but fewer people had ideas to share. Among the suggestions offered were: furlough days for city staff and a hiring freeze on empty positions. 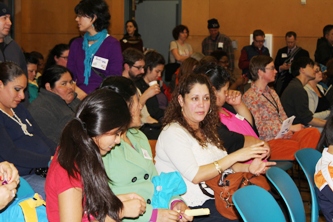 In addition, Council will hold a hearing for the Mayor's Proposed Budget.