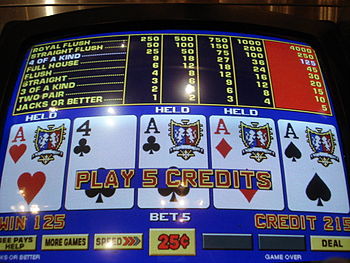 A new help center for problem gambling opened last month in Portland, offering free services in multiple languages - even on weekends, the time frame when many people need it the most. Lewis & Clark Problem Gambling Services is located at 4445 SW Barbur Boulevard.

The counseling is free of charge for the gambler, for their family members or anyone else who feels impacted by the issue including coworkers of problem gamblers.

The new center, operated by Lewis & Clark's Graduate School of Education & Counseling and the State of Oregon, includes a telephone hotline of trained counselors seven days a week, from 9 a.m. to 5 p.m. Office appointments are open Saturdays and Sundays from 9 a.m. to 5 p.m.

The services are offered in English, Spanish, and, through the month of April, Korean.

The Skanner News connected with the program's coordinator, Rick Berman, to find out more about problem gambling and who should seek out help.

The Skanner News: Isn't gambling simply an ancient form of entertainment? How could it be a problem for society? And how many people are impacted?

Rick Berman: Gambling is as old as human culture, and gambling problems are at least as old as civilization. For 98 percent of gamblers it's fun and entertainment. For about 2 percent of people (and their families, friends and, often, employers) it becomes a serious problem. In Oregon that means there are more than 70,000 people who have gambling problems. Problem gambling is associated with suicide, domestic violence, financial crimes and family dysfunction.

TSN: How does a person know they have a gambling problem (is it true that the former mayor of San Diego recently admitted she had gambled away a billion dollars)?

RB: Signs of a gambling problem include betting more than planned; lying to people you care about regarding your gambling; borrowing money to gamble or to pay bills that you can't pay due to gambling losses; gambling more to try to make up for your gambling losses; gambling to escape your problems or uncomfortable feelings; being preoccupied with gambling or with how to get money to gamble; finding you have to gamble more than before to get the same level of excitement or enjoyment. Another sign is involvement in illegal activity to pay for gambling, which is what the former mayor of San Diego has been accused of doing. She allegedly embezzled several million dollars from a foundation to pay for gambling.

TSN: How does the issue disproportionately impact specifically the African American community?

TSN: How do you respond to people who say that gambling addicts just have to "man-up" and stop?

RB: If it was that easy we wouldn't be having this conversation. Scientific research has shown that people who are addicted to gambling have many of the same changes to their brains that occur in addictions to cocaine, tobacco, alcohol and other drugs. For these people the cravings to gamble are incredibly strong. Another factor that makes gambling so hard to stop, when people are addicted, is that they usually have big financial debts. Yet they see the very thing that is destroying their lives -- gambling -- as a possible quick and easy fix to solve all their long-term problems, looking for the big win. Their addiction impairs their ability to think logically. People addicted to heroin or cocaine see their next hit as a way to avoid their problems for a few hours, not as a way to pay the rent that's overdue, turn the lights back on, or avoid bankruptcy. But many people addicted to gambling see the last dollar in their pocket as a possible ticket out of crisis and try to convince themselves they'll stop gambling if they get a big win.

TSN: What are some of the triggers for people who are dealing with a gambling addiction?

RB: The biggest trigger for most people is easy access to money. Most people find that at the beginning of their recovery they need to turn control of their finances over to someone they trust -- usually a family member. That can be a tough decision to make. As their recovery gets stronger, they can often resume financial control. Other common triggers are being in or near places where they used to gamble. For many people uncomfortable feelings are a trigger -- depression, anxiety, anger, loneliness, guilt. An important part of treatment and recovery is learning to tolerate difficult feelings without doing something self-destructive, like gambling, as a distraction.

TSN: What can family members do to support someone who is trying to break away from problem gambling?

RB: That's a great question. The first thing family members need to do is take care of themselves, which includes assuring safety in the family, especially financial safety. It's important for family members to learn more about problem gambling so that they can better understand the difference between helping the person and helping the problem. Family members can do this by going to counseling sessions, which are free, with or without the person who has a gambling problem. They can also attend Gam-Anon, which is a support group for family members. Family members can make a special effort to avoid creating situations that might be triggers for the person with the gambling problem, for example not going out to eat at a restaurant where the person regularly gambled. There may also be family patterns that unintentionally facilitated gambling. Family therapy can be very effective in finding those patterns and giving families an opportunity to change them.

TSN: What does your program involve? And how much does it cost?

RB: We are one of several problem gambling programs in the Portland area. At all of these programs, counseling is free for Oregon residents and for Washington residents who do a majority of their gambling with Oregon Lottery products, like Keno or video poker at Oregon retailers. Counseling is free not just for the problem gambler, but also for family members, friends or anyone else who cares about them. If you call 1-877-My-Limit or go online to www.1877mylimit.org, you can find excellent free, professional, and confidential counseling services that are convenient for you. Each program has its own special features.

Our new program, Lewis & Clark Problem Gambling Services, has five unique features: (1) We are open for services on Saturdays and Sundays; (2) We are centrally located on Barbur Boulevard near downtown Portland with eight bus lines that stop at our door; (3) We have the advantage of being part of an academic institution that brings the latest research findings into our work; (4) We have a strong focus on the family and combine the specialties of addictions counseling with marriage, couples and family therapy in our services; (5) We have a commitment to social justice and to cultural competency in counseling; for example, currently providing services in English, Spanish and Korean.

Find a directory for problem gambling prevention services all over the State of Oregon here.