By Helen Silvis of The Skanner News
Published: 07 February 2013 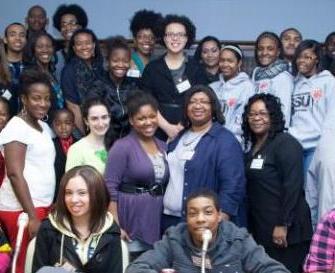 It's a libertarian's nightmare. The Oregon Legislature is beginning its 2013 session with hundreds of proposals for new laws, or tweaks to old ones.  Of course, many of the proposed bills will never gather enough support to come to a vote, but others are coming to the table with support already lined up.

High on the agenda are a host of healthcare bills that will finalize the state's version of Obamacare.  Gov. Kitzhaber is pushing for reforms to the prison system.  And corporate lobbyists, advocacy groups and nonprofits all will be pushing for their own legislative priorities.

African Americans, and other advocates from minority communities are planning a day of action to make sure all of our voices are heard.

"A lot of what we do is to educate and inform legislators about how issues affect our communities," says Midge Purcell, Director of Advocacy and Public Policy for The Urban League of Portland.

The league has been working with groups such as, the Portland African American Leadership Forum, the Center for Intercultural Organizing and the Coalition of Communities of Color to draw up a list of priorities.

Advocates from those groups will be heading to Salem next Tuesday, Feb. 19, for Our Voices United Legislative Action Day. Buses will leave Portland around 7:30 a.m. taking advocates to meet legislators, discuss issues, and watch a session in progress. The group will meet in the Oregon State Capitol Building, Hearing Room 50, 900 Court St. NE, Salem, at 9 –9:30 a.m., and will head back to Portland at 3 p.m. Students from several high school Black Student Unions have signed up. Anyone interested in attending can contact the Urban League to reserve a seat.

"It will be an incredibly powerful experience for youth," Purcell says. "It's really exciting. And because it is Black History month we're going to honor our elected officials, past and present, and also give a special shout out to our Black Veterans."

As well as its usual agenda of looking out for seniors, low-income families and youth, the Urban League of Portland has three specific priorities for the session: requiring cultural competence training  for healthcare workers; eliminating police profiling; lifting restrictions on natural hair care providers.

Cultural Competence for Healthcare providers: Health disparities in disease patterns, treatment and outcomes affect African Americans, Native Americans, Latinos and other minorities. Black Americans, for example, experience higher death rates from a wide range of illnesses, including many cancers, diabetes and heart disease. And some illnesses are more prevalent in certain communities.

"Research has shown that an increase in cultural competence does help" says Midge Purcell, "We feel every health provider who comes into contact with patients of color, really needs to understand how best to treat that patient."

Natural Hair Care: Braiding hair is a longstanding tradition in Black communities and does not involve cutting or chemical use. But if you braid hair in Oregon without a cosmetology license, you're breaking the law. The league wants to pass a law that would offer a license similar to a food handler's license.

"Current laws are way too restrictive," Purcell says. "In fact, you have to have a full cosmetology license in order to pursue natural hair care, which is ironic because it's not a discipline that is widely taught. We feel it is very important to support our community members. And we feel it is an area of economic opportunity that needs to be brought out of the shadows."

Police profiling: Evidence collected on profiling shows that people of color are more likely to be stopped and searched by police, whether on foot or in a vehicle. The league wants a statewide bill that requires all law enforcement agencies to collect data on profiling by race, sexual orientation, housing status, age and immigration status.

"The bill calls for the elimination of profiling," Purcell says. "If you look at the practices in some states, such as Arizona, where laws almost require police to profile, we want to make sure that doesn't happen here."

Other Issues that Impact People of Color
Besides those three priorities, Purcell says the league will support the Temporary Assistance for Needy Families program,  which helps low-income  seniors and families. It will support Gov. Kitzhaber's efforts to cut prison costs, push for changes to state law that would allow cities to require developers to include affordable housing in new developments, and make it illegal to discriminate against Section 8 applicants. Finally, Purcell said, the league will be looking for bills that create jobs.

"Unemployment in the African American community is more than double the rate of the general population" she says. "We'll be looking very, very closely and working to support and inform people about jobs and economic development. It's such a crucial issue for our community"

As the session progresses the league will be monitoring the impact of each new law on communities of color, Purcell says, and the results will be published in an updated Racial Equity Report Card. Last year individual legislators didn't get graded. This year they will be graded on how their votes impact communities of color.

To prepare for the action day, the Urban League of Portland and its partners are offering an activist training session,  Lifting the Voice of African Americans at the State Capitol, from 5:30 – 7:30 p.m.,  Tuesday, Feb.  12 at the June Key Delta Community Center, 5940 North Albina Avenue, Portland.