Soul River: Clothes that Show Us How to Live Fly

By Helen Silvis of The Skanner News
Published: 29 January 2013

During his four-year military career, Chad Brown served in 14 countries over four years. After two tours in the first Iraq War, he spent a lengthy stint in Somalia, and then joined a humanitarian mission to Haiti.

"My longest time in the United States was four months during that four-year period and 80 percent of the time I was behind enemy lines," he says.

After leaving the service, Brown went back to school and studied design, before embarking on a career that included artistic roles at: Upscale magazine, with the clothing brands Phat Farm and Run DMC, and at design agencies in New York, Tokyo and Hong Kong.

Brown's service had left him with post-traumatic stress disorder – the U.S. Navy says he is 51 percent disabled. Anxiety, flashbacks and depression plagued him. But his search for recovery led him to a new passion – and a new business.

An ex-girlfriend took him fly fishing, and Brown slowly began to progress. He made friends with the river guides, started tying flies and building rods.

"Fishing is my meds," Brown says today. "It has helped me lots." 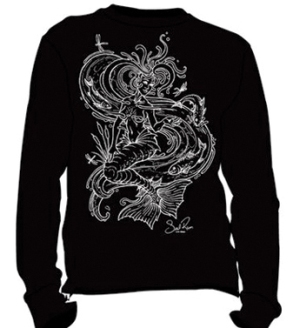 Within three years he had the idea for a new business, one that would unite his skills in fashion design and marketing with his newfound interest in rivers and fishing. Say what you like about fishing folk, they are hardly known for their style. You won't see rubber boots, shapeless waterproof coats and waders on any runway in New York, Paris or Milan.

But Brown felt the river and its legends could inspire a uniquely laid-back urban look. So he developed a line of clothing for river lovers to wear around town.

"My creative juices started flowing," he says. "I was looking for something with the cool factor that still represented my passion. Being by the water and on the river was healing for me, so I named my brand Soul River." Check out the Soul River website

Hats, tee-shirts, hoodies, jackets, vests and bags are among his first designs for the brand. Lightweight, wicking materials keep you dry and warm without weighing you down.

"It's not hard-core fly fishing gear. It's a lifestyle brand. You can wear it outdoors or to the club. And you don't have to be a fly fishing person to wear this brand."

Brown's signature design is the Naiad, a mythical water nymph, something like a freshwater mermaid.

"I'm a big fan of mermaids and I felt she could be a powerful symbol," he says. "She represents fresh water and a healthy lifestyle." 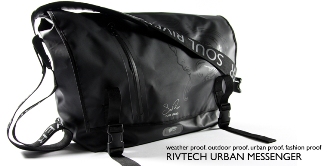 Promoting a healthy river, teaching conservation and reaching out to other veterans are part of the Soul River mission. Brown teaches free fly-tying classes and has partnered with the Veterans Administration on a four-day River Ambassador getaway, that covers everything from how to read the water to fishing techniques. Last year 21 veterans took part in the event. The next event, in May 2013 at Bitterbrush Ranch in Eastern Oregon, will introduce 21 more veterans to river pastimes.
Brown also gives 15 percent of Soul River's profits to youth, veterans and conservation nonprofits. 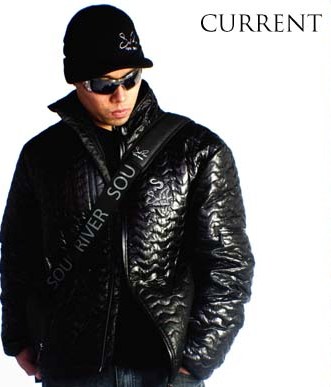 Everyone is welcome at the monthly meetups where Brown teaches river skills, such as casting, fly tying and fishing techniques. But with spoken word and music as part of the mix at his events, he hopes to attract more people of color.

"The River holds no boundaries," he says. "It holds no race, no age. The water accepts everyone. That's what Soul River is about."