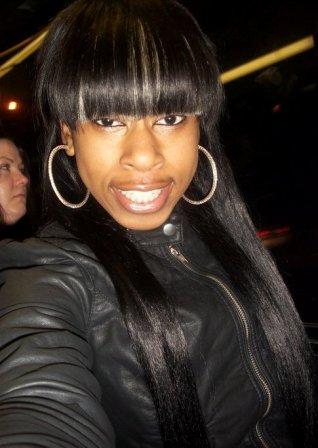 Parrish Bennette, 17,  accused of killing 14-year-old Yashanee Vaughn on  March 19, 2011, is expected to appear in court 11 a.m. Thursday and take a plea deal. Vaughn's family members have told press they met with the District Attorney's office Tuesday afternoon and were told about the possible plea deal.

Under the deal Bennette will plead guilty to a yet-unnamed charge and agree to serve a fixed term of  18 years with no chance of early release.  If he was convicted of murder he would face a mandatory minimum sentence of 25 years.

Family members expressed disappointment, sadness and anger at the arrangement. "I'm so disappointed but the sentencing hearing will be Thursday and we hope everyone will come out to have a voice for Yashanee," said Reynelda Hayes, Yashanee's grandmother.

"It's my time to mourn; I've held my family together for two years and now my heart is filled with tears and regrets we could not save my granddaughter from this monster and the others that took Yashanee from us."

And on her facebook page, Vaughn's mother Shaquita Louis posts her "tears and disbelief"  that while she will never see her daughter again, Bennette will have the chance to see his own daughter. Bennette's girlfriend gave birth the day after Vaughn is believed to have died.

Bennette at first denied involvement in the killing, even after his father Parish Bennette Sr. turned him in to authorities, saying his son had told him he shot Vaughn accidentally and hid her body.  But police found Vaughn's blood in the boy's bedroom, and on his  tee-shirt.  Investigators later traced a gun that witnesses said was handed to them by Bennette, with an admission he had used it against someone.

Defense lawyers contested some of the evidence, but eventually proposed the fixed term 18-year sentence, that would take into account the time Bennette already has served. District Attorney Rod Underhill told The Oregonian, that Bennette's youth, (he was 16 in March 2011) the fact he had eventually led investigators to Vaughn's body, and other difficulties prosecuting the case, were factors in the plea agreement.

A Helensview High School student, Yashanee Vaughn was pretty, outgoing, bright and sociable. Her family and friends say her smile lit up the room. She had many friends. Story: Remembering Yashanee Vaughn

The family searched for her body for four months, before Bennette eventually decided to show them where she was buried ---  three feet into the hillside on Rocky Butte, a park near his home.  The discovery allowed the family to finally lay her body to rest July 30.

How many questions will be answered at the hearing is unclear. Her family has always believed that other people were involved, possibly in Vaughn's death, but at the least in moving her body. They say Bennette could not have acted alone.

A number of people who knew Bennette before Vaughn's disappearance told The Skanner News, he was an abused child who was let down by the adults around him.
CORRECTION: This article originally misstated Parrish Bennette's age. He will be 18 on Jan. 23.

A Portland Tragedy on Dipity.