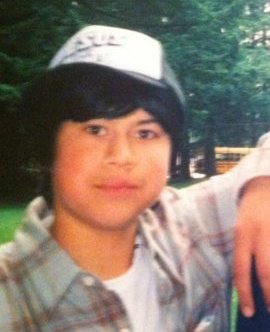 The gunman in last week's Oregon mall shooting acted "weird" and had talked about moving and selling his possessions, his roommate said.

In court documents released Monday, those and other details drew a rough sketch of the shooter, identified as 22-year-old Jacob Tyler Roberts.

Investigators say he opened fire at the Clackamas Town Center mall outside Portland, killing two people and wounding a third, before taking his own life.

Hours after the deadly rampage, the roommate called a tip line and told a detective he thought Roberts might be responsible.

The roommate said he once found a box of AR-15 ammunition at the house.

He told the detective Roberts had acted "weird" recently and talked about moving to Hawaii and selling his belongings on Craigslist. Roberts, in fact, had sold some things there, said the roommate.

The documents also showed the weapon used in last Tuesday's shooting, a Stag Arms brand AR-15 style rifle, was legally purchased by a friend of Roberts.

The night before the shooting, Roberts spent time with that friend, telling him he needed to get out town and needed a gun. When the friend awoke the next day, his rifle and Roberts were missing, he told a detective.

Roberts also shot Kristina Shevchenko, police say. The 15-year-old suffered a collapsed right lung and injuries to her liver after being shot in the chest, a doctor told reporters last week.

She was listed in fair condition early Monday, up from serious, at Oregon Health & Science University Hospital in Portland.